In case you missed it, pinballer Steve Zahler helped to give the sport of pinball some real publicity recently.

First, the New York Post newspaper wrote an article where they interviewed him about his passion for pinball as well as about the IFPA World Pinball Championships in Germany. 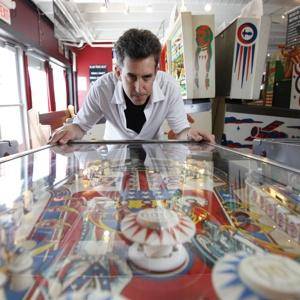 Then, Steve went to New York and did a great live segment on pinball on Good Day New York (Fox Channel 5 in NY area). He did a great job steering the conversation while allowing the anchors to do their thing. I saw that they even used a couple of my youtube videos including a part of his son Jason’s 6 Billion point performance on Star Trek, and footage of Steve on Centaur. 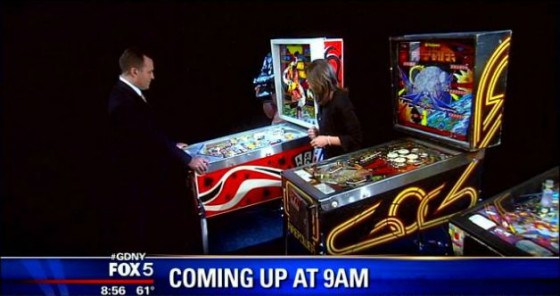 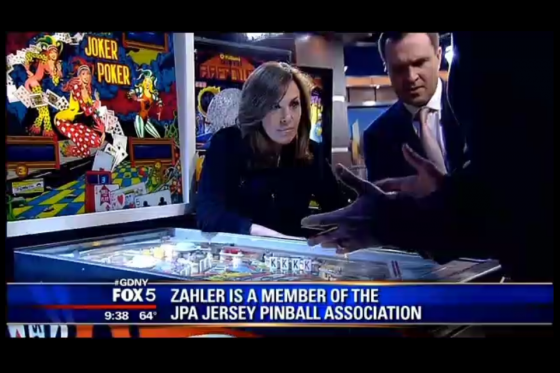 Just in case the Fox link doesn’t work: Here’s an embed thanks to Bryan Broyles.

The machines were provided by Paul Drabik from WannaPinball.com. Thanks, Paul! 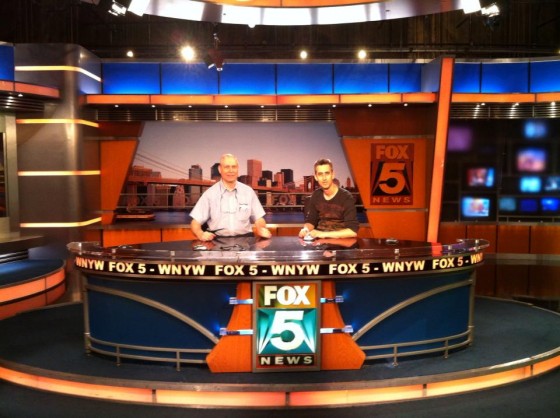 Paul Drabik from WannaPinball.com and Steve Zahler at the Fox 5 news desk.