The curious story of Magic Girl, the would-be greatest pinball machine of all time 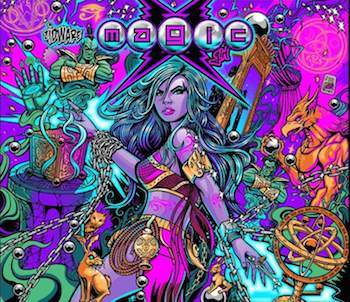 This article by Popular Mechanics is better than what was produced on the Wall Street Journal, and it’s not paywalled.

Wow! Look at all the sudden Magic Girl publicity! I guess if you own some Magic Girl stuff you had better SELL SELL SELL while the iron is hot!

The thing is, none of the machines actually work—not as originally promised by their creator, John Popadiuk. He is a renowned game designer with a lineage that shoots back to some of the biggest pinball manufacturers in the business. In 2011, he announced that he would be creating a truly unique machine that would challenge the boundaries of gameplay and price tag. Serious pinball enthusiasts jumped at the chance to own one.

Today, there are two dozen or so Magic Girl machines out in the wild. The exact number varies depending on who you ask and whether or not you count prototypes. But there’s no doubt about the surplus of angry customers and lawsuits.

Once Popadiuk got started, however, the obstacles came almost immediately. He’d hit the multiball jackpot in the boutique pinball world, but all that action quickly became too much to process and balls started slipping past the flippers.

“Obviously, I didn’t put enough thought into what it was going to take,” said Popadiuk. “When I worked at Bally and Williams we had large teams of engineers, planners and manufacturing gurus. They would take our final production design and basically get it all ready and onto the production floor.” Without the support system of a big company, Popadiuk was an artist trying to make his way in the unfamiliar world of business and manufacturing.