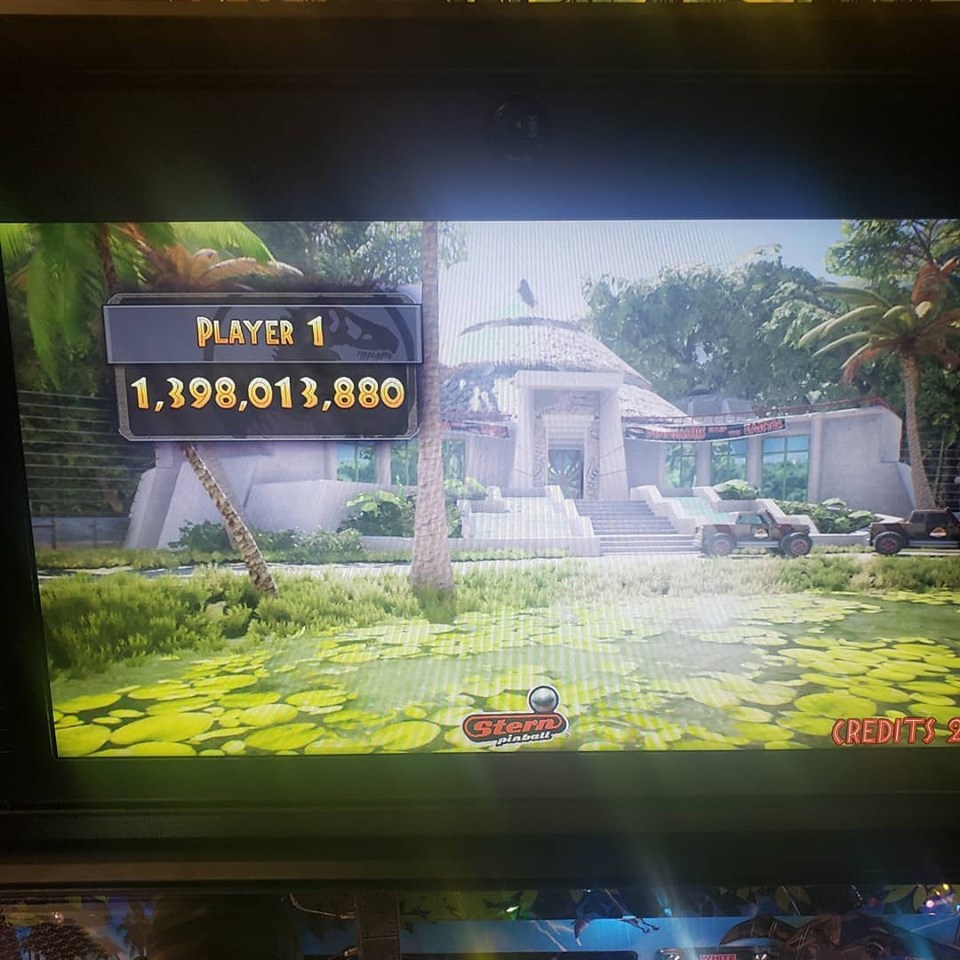 Below you will find snapshots and a short description of my session yesterday on Jurassic Park at What’s Brewing in San Antonio. I’m not just including my top score, but all scores on the way there and after it. I did end up taking the Grand Champion score by the end of this session.

This was nearly going to be the first edition of “The Grand Champion Challenge”. However, the GC score to be challenged was my own and very reachable so I decided against it. It would have been a good test of the concept though.

My intention with “The Grand Champion Challenge” will be to declare a challenge (on video) on another player’s GC score. It’s more interesting if the score is at least moderately difficult to achieve. Of course, whether the current GC score is worthy to be challenged is up to the opinion of the challenger.

When you’ve found a Grand Champion score to challenge, declare it on video before you start.

The challenger then has the next 10 games to take down the GC score. At the end of each game, keep track of and describe what you remember about it (again on video — like short Instagram clips or something to upload to Facebook or YouTube later). Talk about strategies successes, failures, other relevant things.

Using Instagram or another quick video upload platform better serves the spirit of The Grand Champion Challenge because:

After ten games, declare victory … or accept defeat. If it takes less than ten games to conquer the score, stop at that point and say how many games it took to win the challenge. (In this case, victory would have been on the 7th game)

Possibly the player who was just overtaken will see the challenge videos and counter with their own challenge.

This one would have been an easy victory over myself so I decided this time to just get pictures of each game’s result instead of short videos of the progression.

Next time I think I’ll try it out on video and see how it goes. Feel free to try this out yourselves. This would be far more valuable than just a picture of a blow-up score and also more interesting, because victory is not guaranteed.

5th game:
I was interrupted by people a few times. Throw out this result.
Score: 18MM

6th game:
2 chaos multiballs. Got to one dino beyond T-Rex
Score: 445MM

I tried for ampsuit afterward. Started 3-ball but failed to get six ball.
*Score: 1398MM*

Game 8:
One Chaos Multiball. No other special achievements.
Score: 215MM