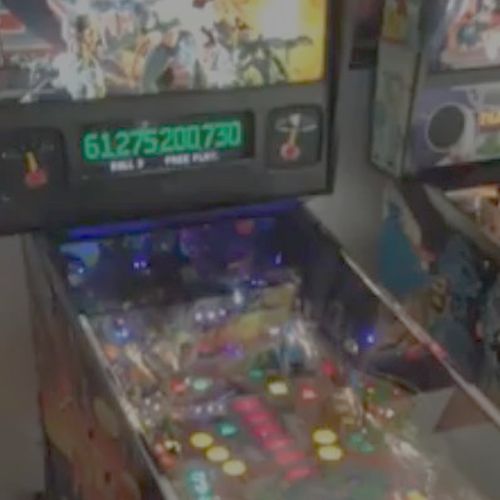 Submitted for your amazement is Trent Augenstein in the process of owning the crap out of this Attack from Mars machine.

There is a subtle key to getting those seemingly impossible scores. On the same ball after you Rule the Universe (I know I’m saying that casually as if it’s a common occurrence when it isn’t), get to as many multiballs as possible. The reason is, when you Rule the Universe, Victory Laps are activated on all of the major shots. 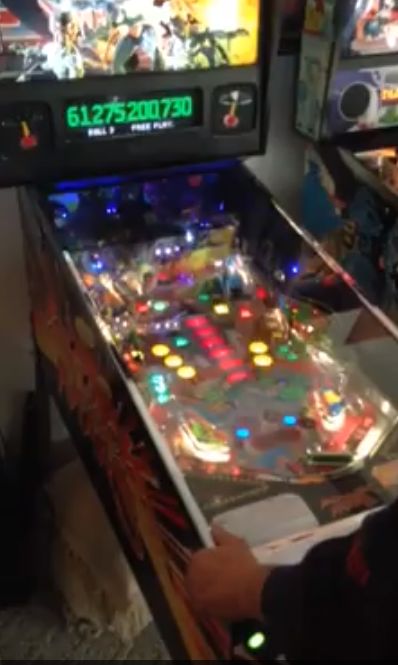 The Victory Laps start at 100 million and keep going up with each shot. You refill the Victory Lap shots every time your shoot the center saucer, which is also worth 100 Million. However, since the “Victory Lap” screen is a low-priority animation, the game doesn’t show that to you unless it’s the only award you are getting for that shot. The game will show most of the other awards on the screen to you like Jackpots, Super Jackpots, Total Annihilation awards, etc. instead of the Victory Lap award, but you get those points anyway.

You start getting lots of points that you don’t even realize you are scoring. That is, until you look up at the board and see that your score has jumped by billions of points for what seems like no reason.

Once that ball is over the Victory Laps are gone too, so you must take full advantage of them during that ball.

Only a few times have I been able to travel in this rarified air of scoring. Once, I was finally able to string together a 3-ball multiball and the an Total Annihilation Multiball after Ruling the Universe to end up with 55 Billion. This is after starting out the post RTU part of my game with just over 36 Billion.

Although the second RTU comes easier than the first one (since you have already defeated Mars and retain credit for that), I have yet to Rule the Universe twice in one game.