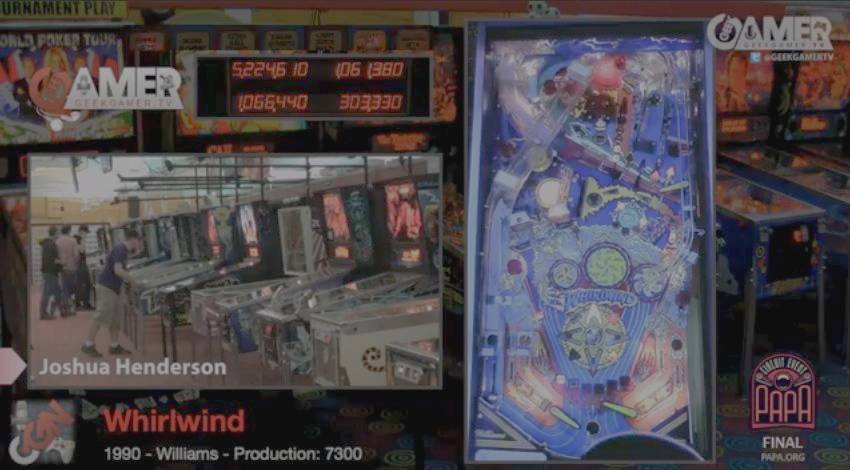 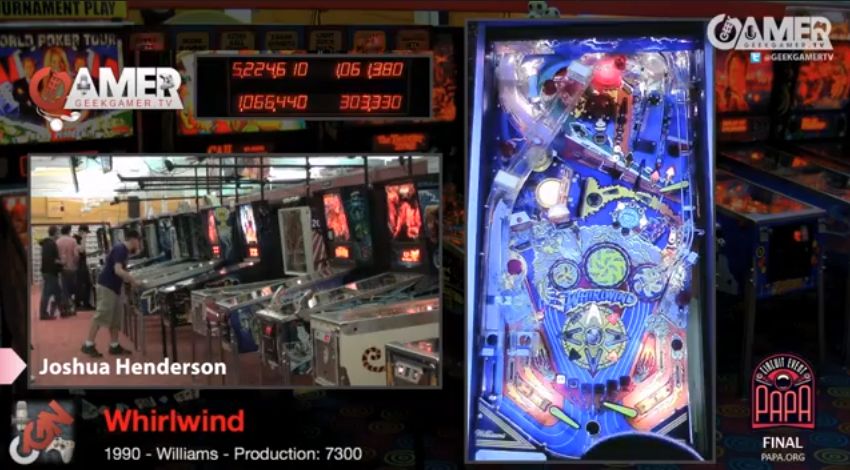 More PAPA Circuit Final action, this time on Whirlwind. No one chose to play Whirlwind during the elimination phase. I believe it’s because the game is such a wildcard. It has no ball save at the start and a skill shot that is designed to put you with danger when you hit it. No player wants to step up to this game, plunge and drain after one second.

However, in the Marathon phase each game has to be played once, so Whirlwind is ready to deliver it’s sour tasting medicine to all of the finalists.

I was waiting for this video in particular to be released for a few reasons. Firstly, the commentators gave my web site and the New Pinball Dictionary a shout out, which was very nice of them.

Secondly, because this Whirlwind does have the center post installed between the flippers, they discussed the Chill Maneuver and how it affects game play.

Also, Bowen provides a live reference for “Fun With Bonus” and where the term originated. It’s the pinball term I chose to be the namesake for my web site. Now, I can put together an NPD entry for that term. You might think the term “fun with bonus” would have been the first dictionary entry I would have made for the site, but now with this video I can finally add it.

Thanks and respect to Eden Stamm, Chase Nunes, and Bowen Kerins for the commentary.