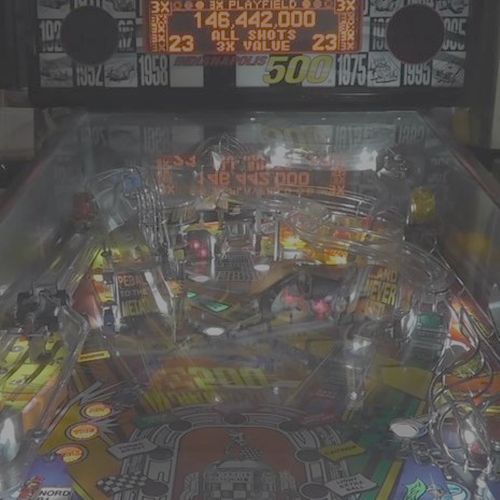 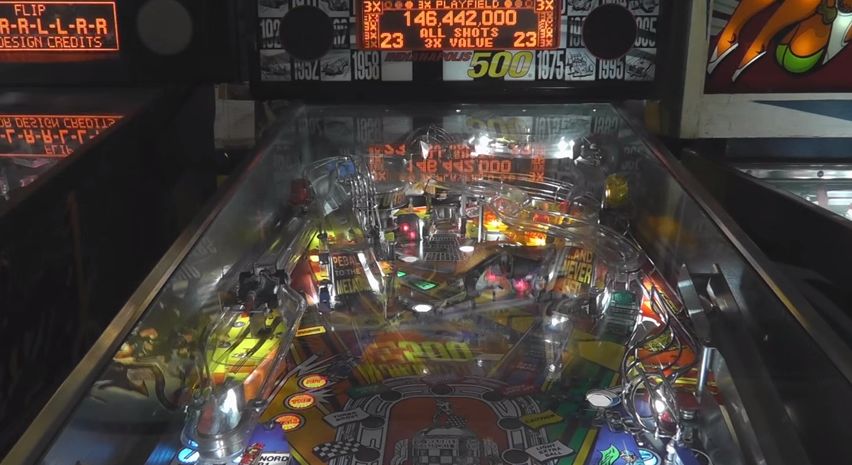 From 1993 here’s a look at Williams Pinball’s Bram Stoker’s Dracula! Based off the movie that came out a year earlier it was recently announced that the game will be appearing on The Pinball Arcade!
—
The game has three major multiball modes, The Coffin, Castle and the famous Mist Multiball where the ball travels across the playfield and hitting it will give you a two ball multiball.
—
As you can see from the video, I’m terrible at the game. Always have been. That’s why I’m looking forward to playing it on The Pinball Arcade. More practice so I can go back and kick the real thing’s ass!
—
Big thanks to Modern Pinball NYC for hosting us!

Here’s a look at Indianapolis 500 from Williams Pinball, designed by Dennis Nordman! This unit was produced in September of 1995 and was a sleeper hit. When the game came out not too many people where fond of it, now it’s got a strong cult following. The game is really challenging. Just like an actual Indy 500 race the game is very fast and offers a ton of combo shots.
—
Big thanks to everybody at the Pinball Hall of Fame in Las Vegas for hosting us!