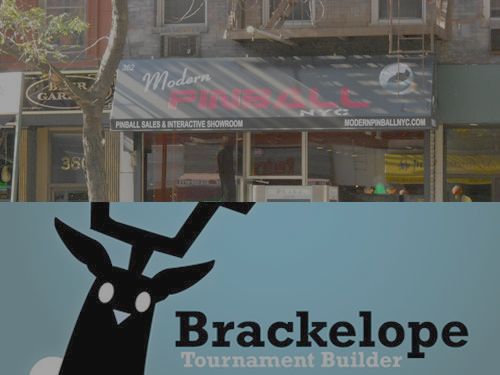 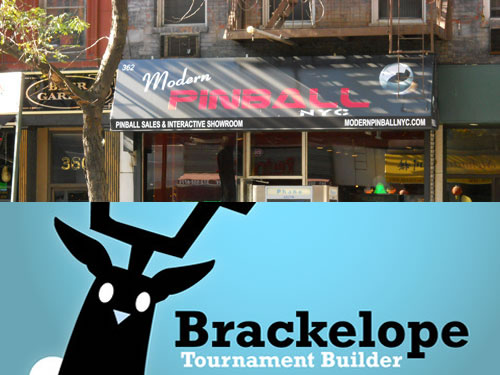 This is a reminder that this Saturday and Sunday, Modern Pinball NYC will be holding the Flip Off Hunger – New York Tournaments at their interactive showroom located at 362 Third Ave (between 26th & 27th streets) in New York City.


On Saturday, there will be a 4-Strike, Single Game Knockout tournament. Lose four times and you are out. At stake are prizes from Jersey Jack and STERN Pinball as well as future admissions to Modern Pinball. Also, this is a full points WPPR event.

On Sunday, there will be a 2-Strike (possibly 3-Strike depending on turnout), Best 2 out of 3 Knockout Tournament. This is also a half-points WPPR tournament. The two tournaments will combine to make one WPPR-ized event.

We will run the tournaments in the Bracklope format using the Brackelope iPad app. You will play people with similar records as the tournament progresses. For example: Players with 2-Strikes will most likely to face each other. Players with 3-Strikes had better get ready for an elimination match!

So, come on out and play up to 30 top-quality pinball games. Find out more details here.