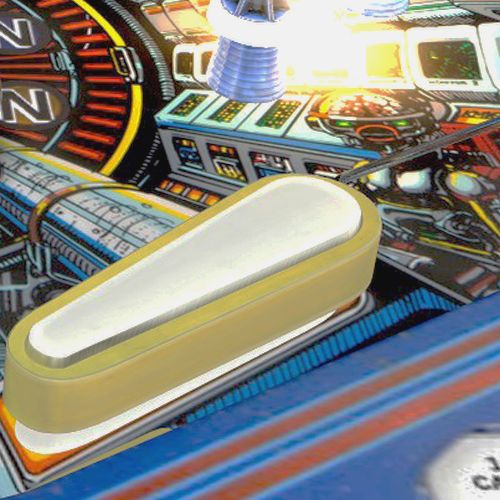 The Pinball Arcade released Xenon for the platform, which is all well and good. However, the part that most interested me is they announced improvements to their flipper physics system. Now players can do some flipper tricks with more consistency.

Let’s see how much the physics have actually improved. So, begin live catching, post passing, drop catching, tip passing and cradle separating on Xenon to improve your control and your scores. The improved physics are only on Xenon for now, but TPA have promised to migrate these improvements to the other games over time.

By the way, did you check out the left saucer kickout? It kicked the ball out with a bit of randomness (at least it seemed that way). That is fantastic! That is what the saucer kickouts on Xenon are supposed to do. That lower left saucer’s job is to reward you for your ramp shot by putting you in danger.

I hope that bit of programming will also migrate to other games in The Pinball Arcade. For example: The right kickout on TPA FunHouse always allows you to catch the ball on the right flipper. Let’s build some randomness into that as well.

Xenon Features Flipper Physics 3.0
We’re proud to announce that we have enhanced our flipper physics to allow players to use more advanced ball control techniques like Live Catches, Drop Catches, and Tip Passes.

Click here to check out these techniques being used on Xenon in Pinball Arcade!

For more details on these techniques and other real world skills, check out Keith Elwin’s awesome Pinball 101 video which is available in the Options Folder on the Main Menu of the mobile versions.

For now, only Xenon features this improved tech in our game. We’d like to know what you think! Implementing the new flippers physics is done on a per table basis. Once we get everything tuned as accurately as possible, our plan is to implement these physics on all of the tables in the Pinball Arcade.