How do you aim? 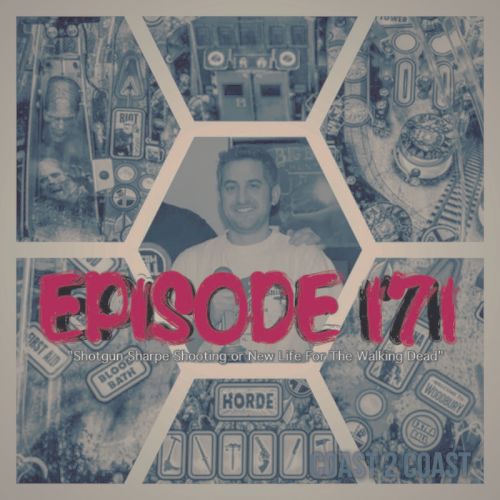 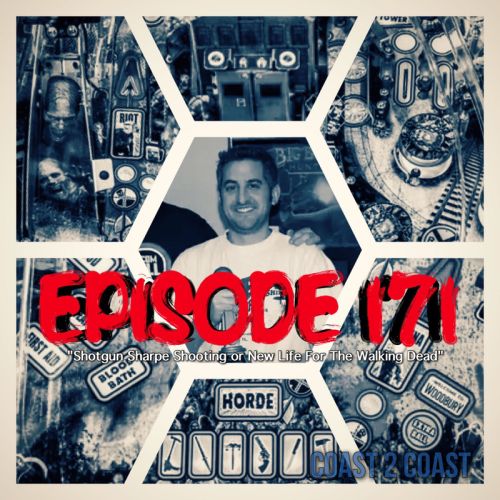 On Coast 2 Coast Pinball episode 171, Nate Shivers asks Josh Sharpe a question that I have wondered about ever since I got serious about playing pinball. It’s a discussion hidden in the middle of the show, so you might miss it. The question was something along the lines of when you are trying to hit a target, how do you aim for it?

The question seems so simple at first glance, until you make the mistake of actually thinking about it. I am going to make that mistake now, as I have made it so many times before today. I just hope I don’t fall into a black hole of unnecessary thought. Here I go.

One of the better situations to be in when you are playing pinball is to have a ball cradled on a flipper. You have control and you can make a decision on how you want to proceed. An even better situation is when you have a ball cradled on a flipper, and it happens to be the flipper you need to hit the target that you want. There’s no decision to make. The next move is clear. Hit the target.

My problem is that I haven’t settled on what method I am going to use to try to hit the target, and my accuracy suffers because of it. There are a few ways to try to hit a thing when you have a chance to take a controlled shot. Some methods are even built from other methods. Let’s have an obsessive glance at some of them. (Nicknames for these methods are completely made up.)

Sometimes, I’ll try to remember a spot on the flipper that corresponds to the shot I want to make. This works great during Multiball when I am concentrating on the flipper area anyway. It doesn’t work as much when I’m part of a three or four-player game. By the time it’s my turn again, I’ve forgotten where the spot on the flipper is to make the proper shot. That’s bad, especially since a fraction of a centimeter means flipping the ball away in a completely different direction.

A few times, I’ve tried gauging how long the ball needs to move along the flipper before pressing the button. That didn’t last long. There too much margin for error, especially when a fraction of a second means flipping the ball away in a completely different direction.

Another option might be to pick a spot in between the flipper and the target, and aim to pass through that. Similar to the way bowlers use the set of arrows in between themselves and the bowling pins to line up a shot.

Lining up the shot by bending down low. Really low. Low enough that the ball, the flipper and the target are in the same line of sight. Initially, that seemed to work well. Each time I could see the ball rolling to the point where I needed to press the flipper button. However, after about an hour of this, my lower back made a conference call to my brain and my eyes. Basically, the topic of the conference was, “what in the world are you doing?! Stop hurting me! Stand up straight before you can’t stand up anymore!”

When you are crossing the street, the axiom is to look left, then right, then left again to look out for danger. In this example, I’m looking at the target, then the ball, then the target again before I look at the ball on the flipper and try to make the shot.

Taking a mental picture of the target and it’s location, then remembering the picture as a kind of ghostly image in my head as I look down at the flipper to try for the shot.

When I do press the flipper button, I will follow the path of the ball and see where it ends up. If I missed, I will try to remember how and where I missed so that I can adjust for the next attempt. The worst part here is there are times when I forget how I missed the shot, so it takes longer to learn where the correct shot is.

If you have read all of this, first of all, thank you. Secondly, I’m sorry. Just like there are some things you can never “un-see”, I believe there are other things that you can’t “un-think”. The question, “How do you aim,” might be one of those things. As for me, I think I’ve settled on a mixture of examples 5, 6 and 7 from the above list of whatever nonsense I just typed.

I’m getting better at making controlled shots. When I thought about going through this little mental exercise, I hoped it would serve to clear my mind so I wouldn’t think about it as much anymore. I suspect the best method is: