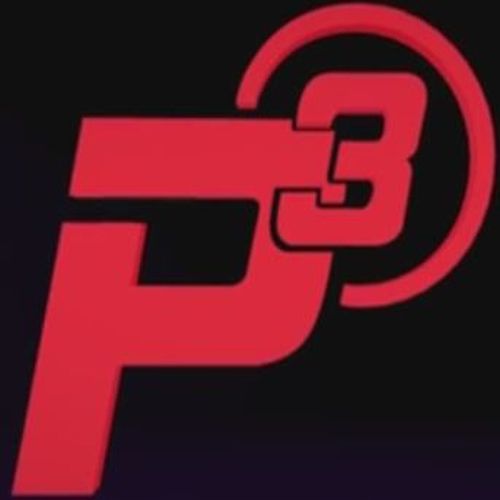 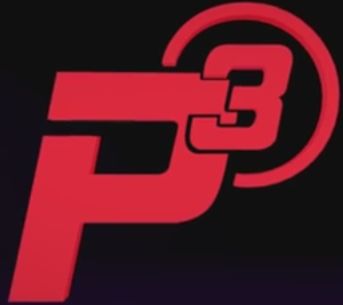 An update from Gerry Stellenberg on the current progress with Lexy Lightspeed. I wish this game would be released … yesterday.

Below press release is from P3 Multimorphic:

The road to production continues! We’ve made significant progress in the last couple of months on P3 development, and we’re still on track to finalize the platform engineering by the end of the year. We also got our MFG prototypes out to a couple more shows, where we logged a few thousand more plays and introduced many new people to our exciting and revolutionary pinball platform.

The next opportunity to see and play the P3 (or just hang out, meet members of the design team, and talk pinball) will be at our December Open House on Saturday Dec, 12 in Austin, TX (details below).

We wrapped up our 2015 travel schedule with trips to Chicago for Pinball Expo in October and to Houston in November. At Expo we introduced a couple of new features:

Because we have more than one button on each side of the cabinet, we added the software option to map secondary buttons to the opposite flipper. That allows people to control both flippers with one hand on one side of the cabinet (either side).

During the weekend in Chicago, we attended the Pinball Life Explosion (a party hosted by Pinball Life), where we ran a one-handed, one-ball tournament. Short video here: https://www.youtube.com/watch?v=qwZTcID203U

In Houston, the P3 (running Lexy Lightspeed – Escape From Earth) was once again used for a one-handed tournament, this time for full 3-ball games. Strangely, the top score during the one ball tournament (1.8M) was higher than the best 3-ball total at Houston (1.2M). Pro Tip: LL-EE is all about completing modes and defeating the evil aliens, preferably with active scoring multipliers.

This is a feature that makes it easier on owners and operators to collect statistics on their P3s without losing previously collected data. Profiles can be created for each event (ie. 2015, October, Pinball Expo, and Pinball Life Party), and each event profile collects relevant statistics while the profile is active. Any number of profiles can be active at the same time, and profiles can be deactivated without being deleted so that the statistics can be viewed at a later date. Statistics include standard game audits and various high scores and achievements.

We also took some time at both shows to demonstrate the modularity and serviceability of the platform. When people walk up to the machine, they see a traditional-looking pinball game with a few unique features (ie. dynamic & interactive playfield artwork), but that’s obviously just the tip of the iceberg. One of the most exciting aspects of the P3 is the design of the platform and how the modularity enables so much more than we can show in a single game. The serviceability features make it much easier on owners and operators to maintain their machines, and the modularity enables add-on game kits so people can install different playfield modules and play different games in the same machine. We’ve successfully created the physical pinball equivalent to a Nintendo, and we’re excited to give people the opportunity to build their game libraries at a fraction of the cost of buying multiple new traditional machines.

Developing both the platform and our first game (LL-EE) in parallel has been a pretty long process, and we sincerely thank you for your patience. In order to fully deliver our vision, we’ve analyzed in detail every single element that makes up a pinball machine, and there are literally thousands of them. In some cases we reused existing products (ie. coils, rubber rings, standup switches, cabinet buttons, coin doors, backglass trim, etc), but in many cases we had to design new items. Unfortunately it’s taken time, but it’s been time well spent. There’s a reason pinball machines have been relatively unchanged for decades, but we’re changing that. We’ve created a platform with numerous new gameplay and serviceability innovations.

From the outside, the P3 and LL-EE look like they’re essentially complete, but there are still a number of things that have to be changed and/or finished before we can begin production. A couple of hardware examples:

Playfield Support – The overall playfield on the P3 includes a 32″ display and a bunch of modular components, including the flipper assembly, wall/scoop assembly, ball trough assembly, and more. The result is a playfield that weighs well over 100 lbs, and because of our modular support infrastructure, we can’t use traditional playfield slide brackets. Therefore, we’re changing the playfield support structure so that owners and operators hopefully only have to overcome 5-10lbs to get the playfield into service position.

Trough Ball/Tube Detection – The ball trough in the P3 isn’t under the front of the playfield like it is on a traditional machine. Our ball trough sits underneath the upper playfield modules. Drained balls gravity feed to the back of the machine where they’re staged for launch in our ball trough. The ball trough can hold 18 balls, and the entire drain/trough configuration can hold upwards of 50 balls (not that we expect any game to use anywhere close to that many, but that’s just how the design worked out). When upper playfield modules are installed, they have tubes that mate with one or more positions in the ball trough, allowing playfield designers the freedom to launch balls practically anywhere on their playfields. It’s therefore important that the P3 framework can detect which playfield is installed and whether or not the appropriate tubes are in place before trying to launch balls onto the playfield. Our new trough and trough circuit boards provide that ability.

We also have a number of software features that need to be further developed before we can ship machines. This includes some major bug fixes and enhancements to the system framework:

Bug: scene-change crash – This bug has been an issue at the last few shows and has now bubbled up our priority list. After the game is played for a while, software might crash or lock up when changing from one scene to another.

Bug: extra ball launches – Occasionally an unintended extra ball gets launched into play, causing the game to get confused and end the player’s turn when the first ball drains.

Note – There will be an option to set up the app launcher to automatically load a specific game (assuming the associated playfield module is installed). So you won’t have to manually select a game unless you want to.

We’re also continuing development of our Dev Kit, which we’re making available to 3rd party developers who want to develop games for the P3. As we work through development of our own games (ie. LL-EE and some Mini-games, with more to follow soon thereafter), we discover additional things that need to go into the dev kit. Ultimately the goal is to make it easy on people to develop 3rd party games. We take care of the platform specific stuff in our low-level libraries, and 3rd party developers can just implement the ‘fun’ stuff. It’s obviously not quite that straightforward though; so we’re creating a lot of documentation and tutorials to assist game developers. We’re also monitoring an online developer support forum that we host on our site.

Access to the dev kit and support forums is currently still private as we work towards a public release. If you’re interested in checking it out and providing feedback so we can make it better, and if you’re willing to sign an NDA and keep everything confidential prior to that public release, please email me. We already have a good list of folks participating, but more are welcome.

Related to LL-EE specifically, there are still a few more things to develop. We’ve started working on scripts for the voice callouts and the ending animation, and we’re still improving the light shows and fixing bugs.

With the platform engineering wrapping up at the end of this year, we can put more focus on production planning. We’re already working with parts vendors and fabrication facilities to ensure part availability and that everything is made to our specs, and we’ll soon be coordinating build plans with our contract manufacturers. Why contract manufacturers? The amount of money, time, and effort it would take to build, staff, and manage a production facility is enormous. Besides that, we want to design pinball platforms and games; that’s what we’re good at doing, and that’s what we enjoy. There are other people and companies that are really good at building products. In fact, there are literally dozens of facilities in our home town of Austin, TX that assemble, test, and ship products, many of which are bigger and more complex than pinball machines. We have longstanding relationships with some of them for our circuit board manufacturing (P-ROC, PDBs, etc), and we’ll be working with a couple of new facilities for full machine production. One of the many advantages of the design of the P3 is that it doesn’t take a pinball-trained manufacturing facility to build it. There are therefore no significant advantages to using an existing pinball manufacturer to build P3s, whereas using local manufactures will make it much easier on us to manage the process and quickly deal with any problems that arise.

How can you help?

Description: 2 P3s + a few other games

We’re starting to work out distribution deals with a number of interested parties. If you or somebody you know wants to work with us to distribute P3s, please email me.

If you’re interested in helping us revolutionize the pinball industry, we still have areas where we could use some help (sales/marketing, engineering, and of course funding).  Please contact me directly to inquire.

Thanks as always for your interest and support.  Feel free to contact me with any questions or comments you have.
– Gerry Stellenberg