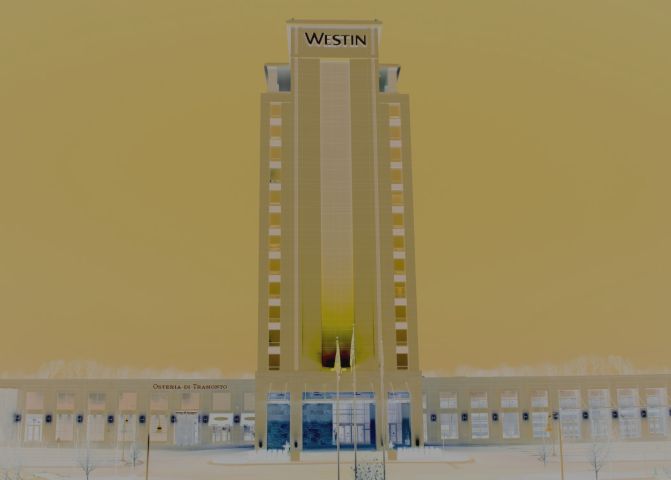 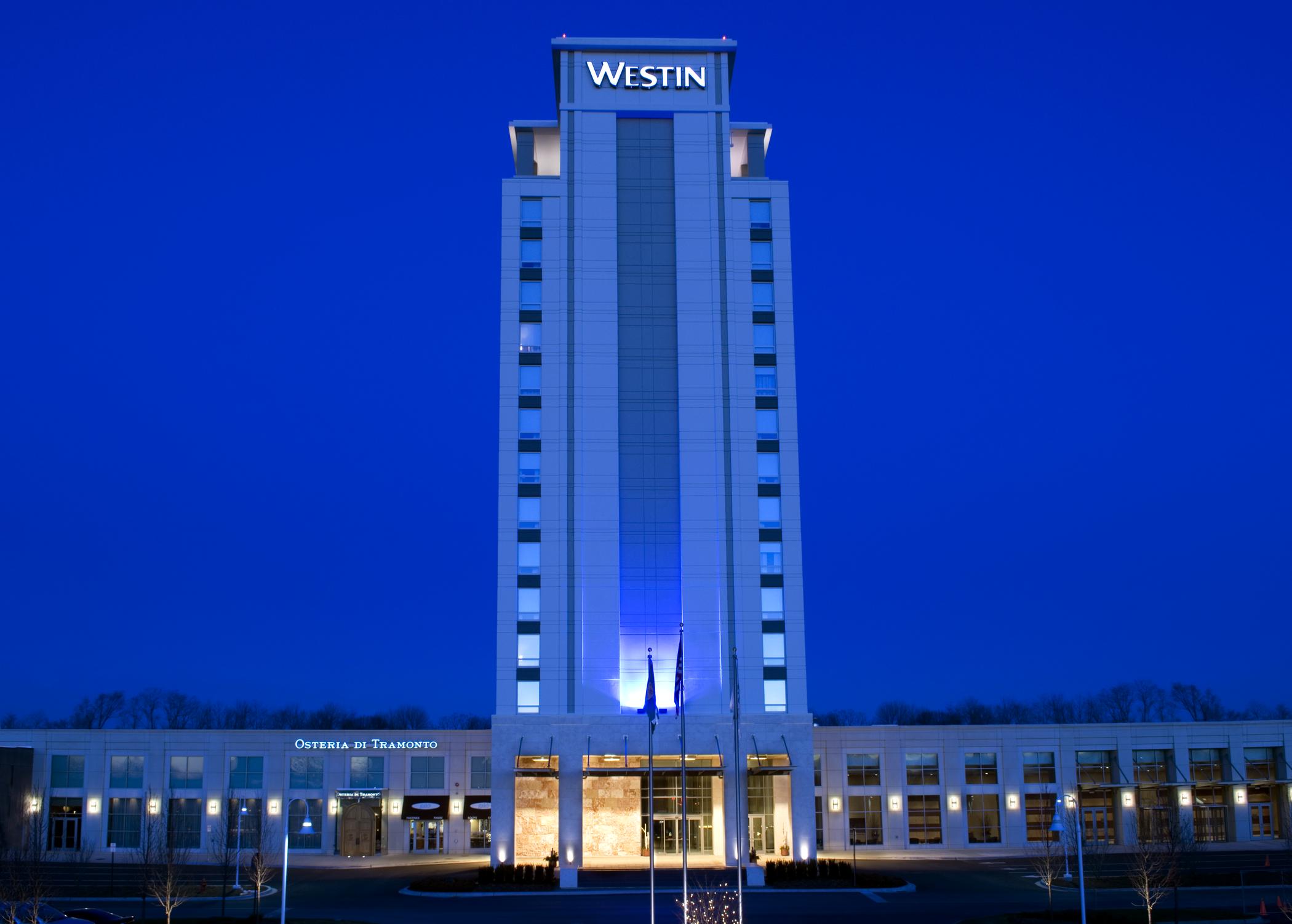 The intense afternoon sun glare that pierces through the windows of the Westin Chicago North Shore hotel, home of the Chicago Pinball Expo. Players notice this most often while they are trying to qualify during the afternoons of the Flip Out Tournament. ExpoGlare is especially prominent during the Finals on Sunday. During these times, it can be especially difficult to view certain areas of the pinball playfield as you are trying to play.

What you see in the picture is the west side of the Westin hotel. The games of the Pinball Expo Flip Out tournament are usually placed opposite the windows in the lower right corner of this picture. What ends up happening is the sun’s powerful rays shine through those huge panes of glass and produce a distracting sun glare that affects game play.

One year, there was a playoff game on Nascar. Using the picture above as a guide, this game was situated at about the 5th or 6th window from the center. The ExpoGlare was so intense that neither player could see anything on the playfield. It’s kind of important to be able to see what you are doing, especially on a fast-playing game like Nascar.

The solution was to block the ExpoGlare somehow. To accomplish this, Pinball Ambassador Eden Stamm acquired a metal collapsible table and a swivel chalkboard. With some assistance, he got the chalkboard on top of the table. Then, he climbed onto the metal table and used the swivel chalkboard to block out some of the sun’s rays for both players. It got the job done for a short while. When that failed, Eden then used a small dry-erase board and held it up above his head to block out the sun. That worked for the rest of the game. 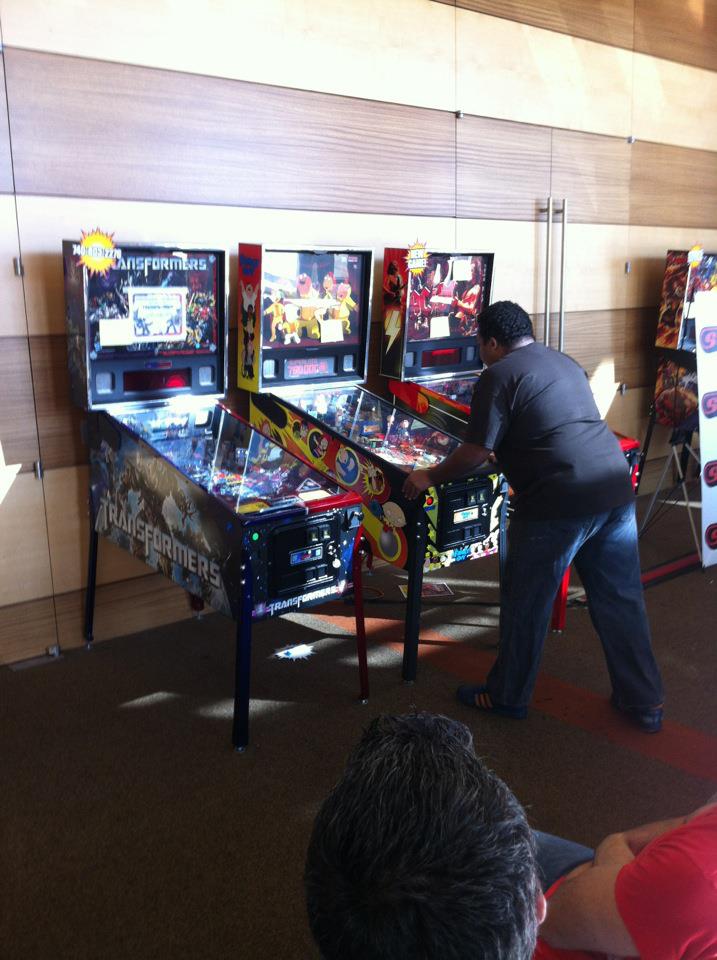 Here I am experiencing the power of the ExpoGlare during a playoff match on Family Guy. During this game, I could not see the Stewie playfield. When I eventually got up there, I took some logical guesses as to where I should aim, while gunching to try to get a better viewing angle.