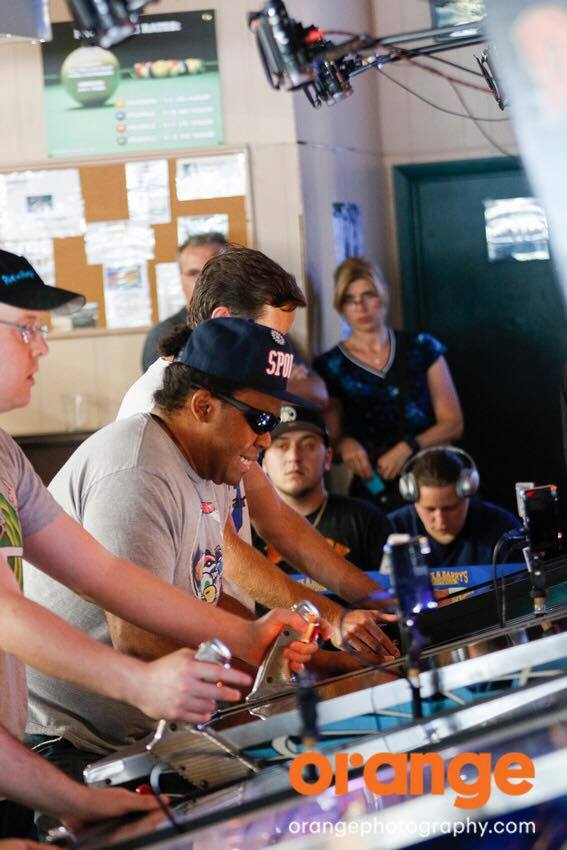 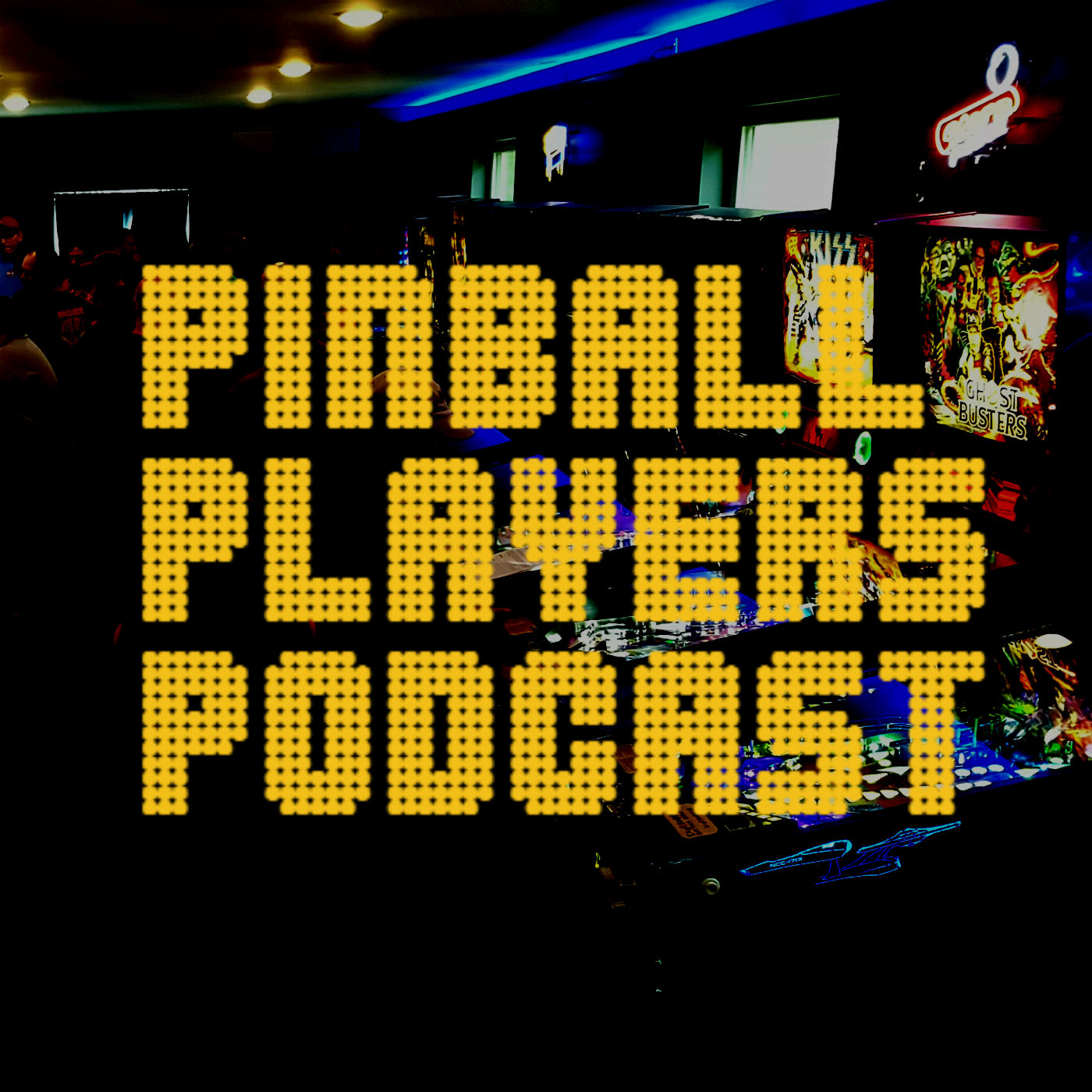 This is me during the Buffalo Pinball Summer Open with the sunglasses that Jeff is referring to during the podcast. I have a problem with Multiball on Ghostbusters Pinball. It hurts me.

I know I am having a bit of fun with it by using the sunglasses and everything, but seriously, the lights are too bright for me. Why do the lights have to be so bright?! I need some sort of visual aid in order to have a chance at seeing what I am doing during the out-of-control rave party that is Storage Facility Multiball.

Is the gimmick of Ghostbusters Multiball that you are not supposed to look at the trap? “Winston” says this as a callout during the Multiball sometimes. It makes sense as a story element that is being brought into the game. Similar to how Game of thrones essentially goes into its own version of Strobe Multiball each time I start “Winter is Coming”. 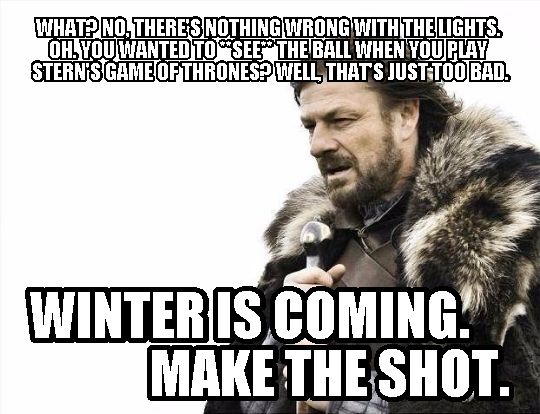 However, does it make sense for the entire game to be “the trap” that I am not supposed to look at? I think I am damaging my vision each time I play Multiball.

I just survived all sorts of crap for the privilege of getting to this Multiball including:

Now that I have started the Total Eclipse of Pinball, I am trying to get jackpots and complete the mode I brought into the Multiball, while not draining all four balls at once down every gap ever. Each jackpot scored makes me tense up sharply and grab the sides of the game as my retinas melt away. Last time I checked, my name wasn’t Sparky, and this wasn’t Metallica Pinball. Maybe that’s what the gimmick is. Maybe the game is supposed to act like it’s shocking me into submission each time I do something good during Multiball.

I bring sunglasses to every tournament I go to because of the chance that I might be playing Ghostbusters.

My eyes hurt now after just typing this out again.