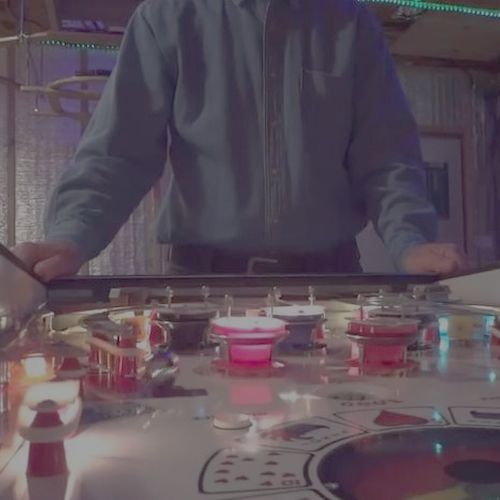 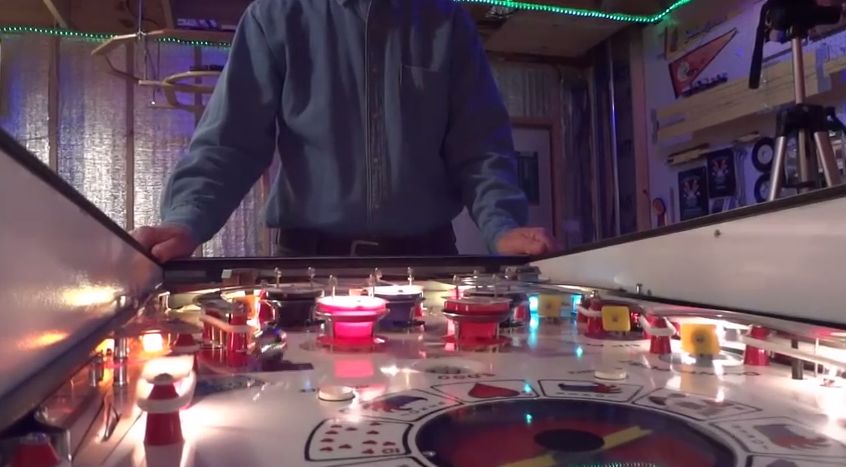 On Reverse Flush, everything you know is wrong! (Yes, that is intended to be a Weird Al Yankovic reference.)

Introducing a custom mod of a Williams Straight Flush pinball where everything is reversed.

There is reverse scoring, where you start at 999,990. Hey, you start with the game already “nined-out!”

The scoring reels go backward with every switch hit. The front of the game is the back and the back is the front. Even the flipper buttons themselves are reversed where the left flipper operates the right flipper and vice versa. Think of Springfield Mystery Spot mode on the Simpsons Pinball Party. Of course to accommodate all of the reverse-ness, all of the playfield graphics and art were redone as well.

To those people who think it’s wrong to mess with working games, this would be sacrilege. However, I’ll put this one in the genius column. By the way, what would it be called when you go down past 000,000 on the reels and they flip back through 999,990? Is that a “roll- under” or maybe a “reverse roll-over?” Are you now at negative 999,990?