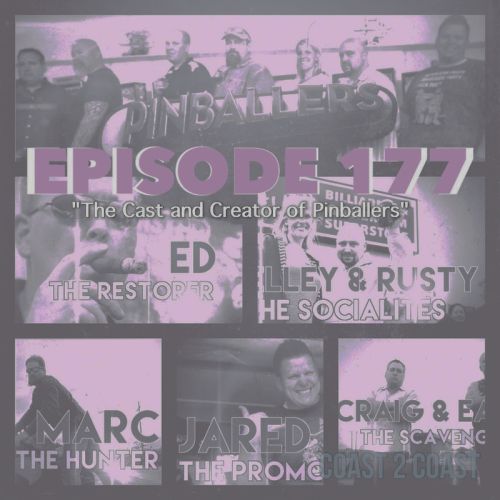 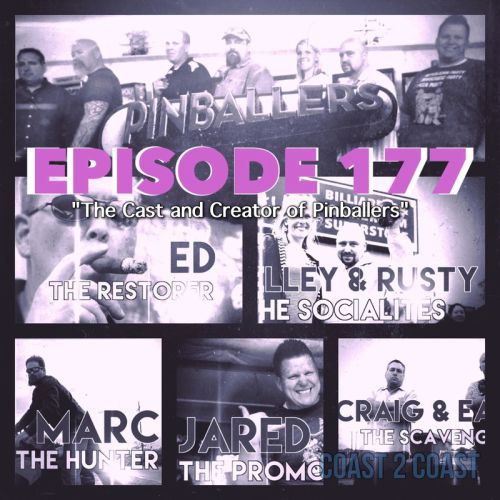 Nate Shivers has a lot of guests on his newest podcast. The creator of the sizzle reel for the new prospective reality show Pinballers,  as well as members of the cast of the tell about their experiences making the presentation and discuss the reaction to it by the pinball community.

I’m feeling a bit lazy today, and I want to continue to play some more pinball. So I am basically copypasta-ing my brief comment I made on facebook for most of this post. So here it is.

I am halfway into the podcast, and I am feeling less queasy about the project than I was before. I expected that because Nate’s interview style helps.

I’ll bet the knowledge that there is another show in the works about the competitive aspect of pinball would have helped quell *those* particular complaints.

And now I am talking about realism in a reality show, which means I will stop now.

I have now finished listening to the podcast. I am unsure why a person who has any negative criticism toward this presentation must also be questioning the integrity and dedication of the participants. Those two things don’t automatically link together. I have not visited Pinside to see the level of vitriol directed toward this sizzle reel, and I still won’t, because I have credits remaining on Star Trek pinball right now that need my attention.

Regardless, I still feel quite a bit better than I did before about what hopefully will be unleashed upon us in the (near?) future. I was psyched when I first heard the news that a pinball show might be on a nationally televised station. Then, trepidation set in when I finished the preview. Now, I have increased confidence that this will end up being a net positive for the hobby. As long as no one says “YUUUUUUUP” at anytime, and the show avoids any obvious “King of Kong” story and character fallacies, then things will be just dandy.

I realize I may be falling into the trap of saying that “any publicity is good publicity.” I’m fine with that in the case of Pinballers because I am a pinball fan, so please allow me that lapse in logic.