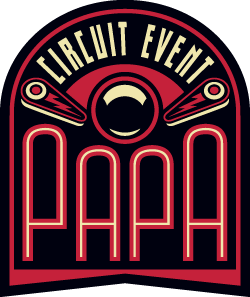 So, you wanna be a professional pinball player? Frederick Richardson details his journey on the PAPA/Stern Pro Circuit of pinball tournaments. We start of with Louisville Arcade Expo, IFPA PinMasters, the PAPA 20 World Pinball Championships and Cactus Jack’s Silverball Showdown.

Have you ever looked up at the top 25 players on the first page of the IFPA rankings, or maybe the (soon to be replaced) PAPA Circuit standings and thought to yourself, “Man, I could be up there. If I had the time and money to travel whenever I wanted to, I could do that. I could be a top player!”???

I know I have. Guess what? This year I got that opportunity. And you know what happened? Well, I’ll tell ya, it was crazy. 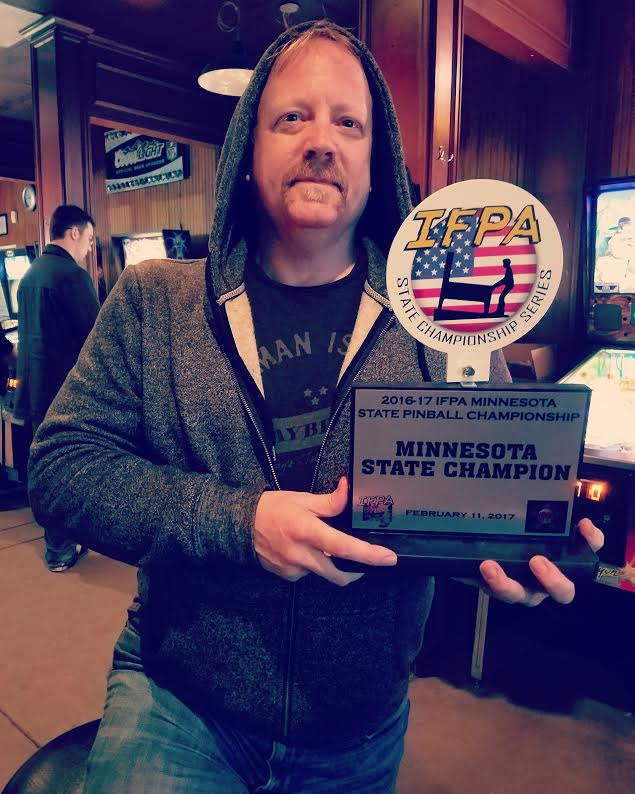 Yet exhausting! I thought I would share are few stories, some observations, and a couple unexpected turns as well. So get comfy, grab a snack and I’ll try to limit the tangents and stay focused 😀

It didn’t start out with a commitment to give it my all for the year. I originally was just going to hit a couple events before my next job. I had just won the SCS in Minnesota, so that meant I was heading to Texas for the IFPA Nationals, as well Pin Masters. By the time I knew I was going down, Texas Pinball Festival was already full, so I couldn’t compete there.

(1)  First Circuit stop was the Louisville Arcade Expo. This was the first time I had gone, but many friends had spoken highly of it. Hanging out with friends, the parties, and going to Zanzibar after the event was the best part of that trip. I played poorly, and created my own demise. I signed up to volunteer a couple shifts. This limited the already tight qualifying windows. I had to bail on Classics. I was so negative Nancypants about distractions, that seriously you just have to overcome (crappy hotel, tight play area & schedule, and Pitt homer games 😉 ) Trent won his first event #1 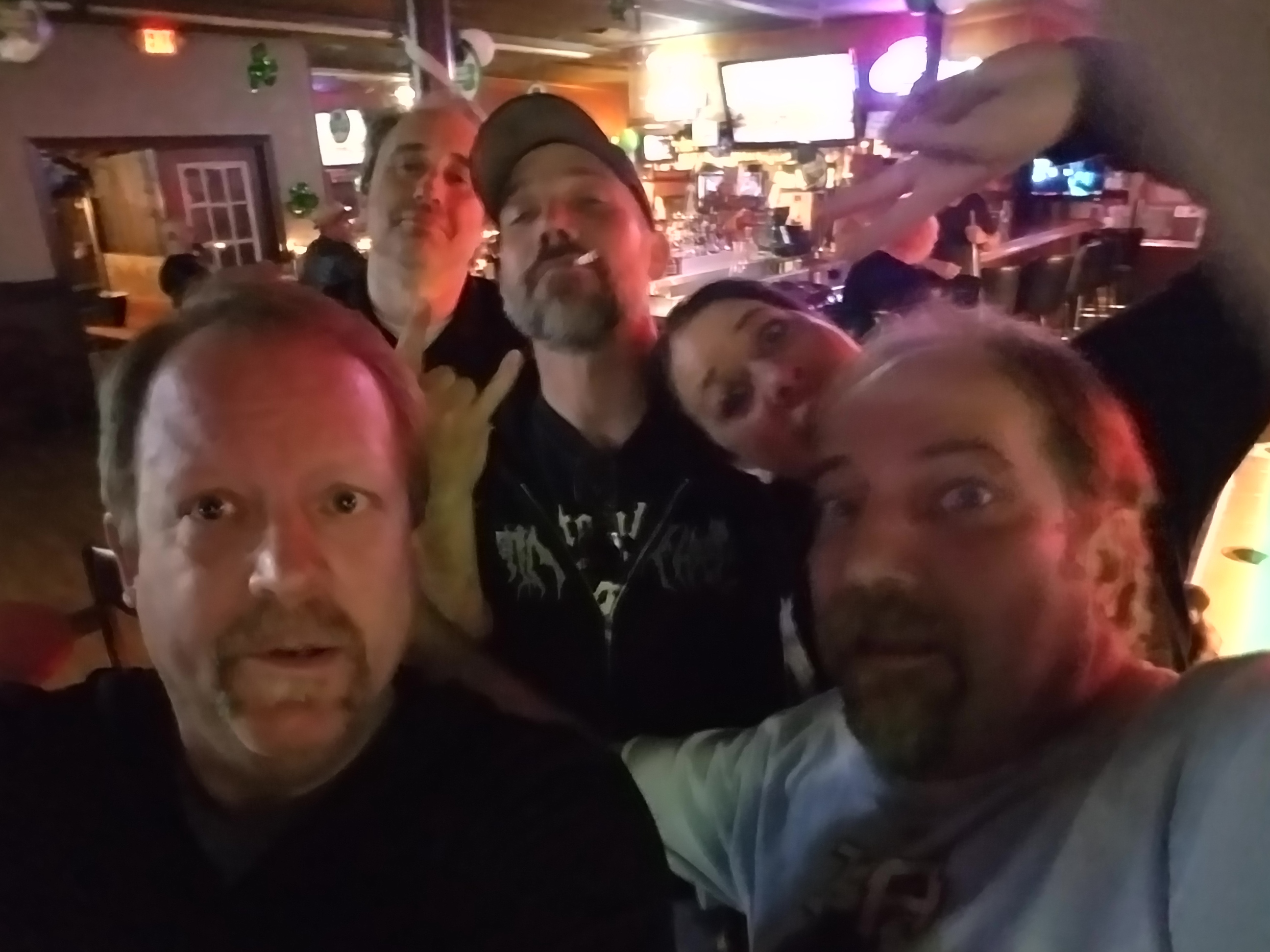 (2)  Next up the IFPA Pin Masters. After a disappointing loss in Nationals, I was ready for this business. I felt great on these games. Aerosmith was fairly new and I was destroying it. Goal was only 30M and I got 2 aces on it in qualifying. I played consistently and qualified 3rd behind Josh and Zach Sharpe. I drove the bus in my group. Well after a poor performance on Aerosmith and Whirlwind, I was out.

The best part of this show was watching Helena Walter win the Women’s Championship and celebrate her wedding announcement with Adam Higgins. That was awesome! <3

As I’m getting ready for PAPA 20, I get a call from an interested client looking to open a new location in another state. Pinball was included in the concept. The structure of this project required a few months of discovery, followed by the long process of site selection and lease negotiation. Suddenly, I had about 6 months of my schedule cleared out. Ok, now what? Well, I can align with the Circuit calendar as much as possible and… try and tear shit up! From here on out, I’m going to coordinate/align with the man himself, Mr. Circuit Trent Augenstein. If anyone knows how to do this thing, it’s Trent!

(3)  Alright, I’m feeling good, playing pretty well. For the first time in maybe 5 years, I actually feel up to the PAPA challenge. You know 5 games on 1 card, PAPA style. PAPA 20 World Championships. Ya well they changed the format this year, lol. No matter, I was ready to step up to the big stage. One stupid game of Metallica… that’s ALL I needed to make Finals! I couldn’t break 40M to get in the top 24 players, even though in one game I started Seek & Destroy. Ugghhh

Best part of this event? That’s easy, watching Escher’s magical moment unfold. The improbable went to possible to holy crap, he might actually do this! And of course he did. I remember watching a group play Skateball with E. His coach (Dad) comes over and says, “You see that? You see what Cayle is doing on Genesis?” Yeah, yeah, Escher says. “You watch him, you watch what he’s doing there”. Adam went back to his chair and Escher and I went back to watching Skateball.

The takeaway was more than that, bigger than even a 13 year old winning one of the toughest events in competitive history. It was all the young winners. The final 4 in B’s (think Brad Smith was the old man there), and what like an 8 year old winning D’s as well. It was an amazing feeling to see a fresh generation of new faces competing at a World Championships.

Since my plans have changed, it’s time to set some new goals. Looking over the Circuit calendar, I figure I might be able to make as many as 10 or 11 events. All depends on the schedule of the NSO (new store opening), but the bulk is over the summer and early fall. That can work. Alright, well I’d like to win one. I would also like to qualify again and finish better than I just did at the Circuit Championships (with a first round bounce). I’d also like to finish in the top 50 IFPA ranked players at the end of the year. That would be my highest finish since the

(4)   Finished the month of April at Cactus Jack’s Silverball Showdown. I looked forward to this event, having been there last year as well. Shawn runs a good event, the venue is awesome, and the Vibe is tight.  Some great people out there in Oklahoma, for sure. The last 2 years have paid out to the top 4 finishers. Since I have finished the round before each time, not sure I would return unless that changed. Shawn knows that though 😉 Trent wins his 2nd event.