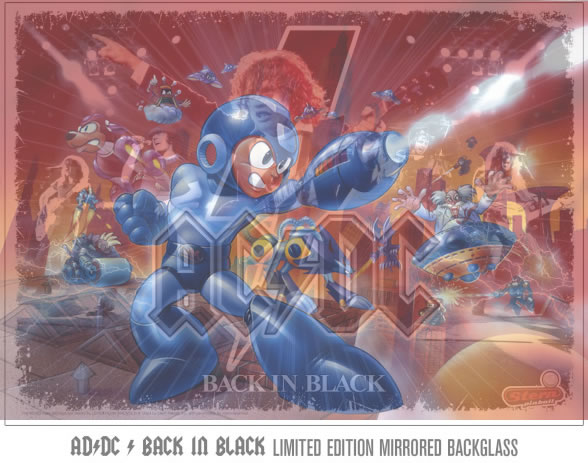 Warning! Here comes another one of my harebrained ideas! I really like Stern’s AC/DC pinball, but if I were to have the ability to mod the rule set on a game, I would take AC/DC and turn it into Mega Man! Think about it… the mega buster is right there in the cannon.

Plus different song choice = different robot masters. I saw that mod that allows you to change the song selection to your own personal tracks. That’s what got me thinking and wishing that I had much more programming skills. Your song choice would be displayed like the stage select in Mega Man.

Certain shots/combos depending on each “stage” will advance you toward the boss (which is a multiball).

Have the actual stage on the screen and each successful shot or combo shows Mega Man moving forward through the stage defeating enemies and scoring points. (I’m going to need an LCD screen for this.)

The “song jackpot” becomes the “Stage Jackpot” which you collect after defeating the boss.

Mega Man has it’s secret areas. So at certain points during the progression of each stage, there will be a secret shot or combo (that is not indicated anywhere) which will give you a special prize. This prize could be a timed playfield multiplier, shot multiplier or other enhancements.

You can attack the boss robot only during multiball. If you drop out of Multiball, you would need to complete a lesser amount of relevant shots to challenge the boss again.

Charge the Mega Buster by making ramp combos (or by shooting the bell at certain times, which I will call the “Mega Bell” because Mega Man).

Certain shots/targets made from the gun during multiball damage the boss, others don’t.

Defeat the boss to claim its “weapon/feature” and collect the stage jackpot.

Have another high score listing that shows players who completed the stages in the fastest times.

Shoot the “Jukebox” to select another “stage”.

Attack the bosses in the correct order to increase damage when attacking the boss. (e.g. Defeat Cutman before challenging Elecman in MM1)

Have DLC corresponding to each Mega Man game. 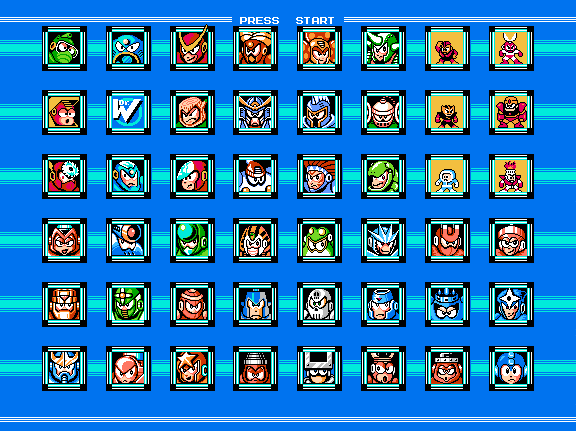 This is getting kinda serious, I am going to stop thinking about this now… ( No, I’m not ^_^ ). I want to flesh this idea out for a more detailed blog post later on, because I’m not finished with this yet.

What game would you mod into something else? I really enjoy analyzing rule sets and thinking about how they could be changed or made better. Even a great game with a excellent rule set like AC/DC. What makes it great is that it has layers to it which allows casual and pro players to get into it and have fun and stay interested for long periods of time.

Sort of like the way Adventure Time is a popular cartoon with just about everyone. Sure it looks like a kids show, but then they drop in gags like this from time to time:

To me, a substandard looking game can be made great if it has good rules. I think that’s why I like to play World Poker Tour.