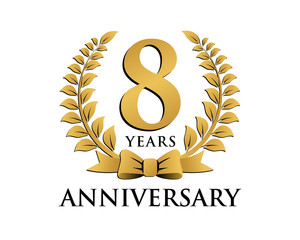 Today marks eight years since I decided to dedicate at least one post every day about pinball on the Fun With Bonus web site.

When I think over the past year, my mind immediately jumps back to the Houston Arcade Expo. That was the day that a pinball game I helped make was shown to the public. I was so happy to see people play the game, whether it was my friends, people I knew from the pinball community or people who I met there for the first time. I was so happy for us, the people that had brought the game to this point in its development and that I was a part of that team.

It was a special sight to see the game being played in an environment with other games. The symphony (some would say the cacophony) of lights, animations, sound and music of an arcade-like atmosphere caused the game to appear even better to me than when it was being play-tested at work. When I saw it being played along with the other games, I thought to myself that the game was joining the pinball family. The pinball geek in me was looking forward to analyzing the real-life data being collected from play sessions and how that would affect our approach going forward.

I enjoyed the conversations I had with players as they finished a few games and told me what they liked and didn’t like about what they experienced. I also appreciated being able to sit back (or rather, stand back away from the game) watch players figure out something meta about the game’s rules, take advantage of it and see all of that work live. By the way, the “thing to do” when playing the game at Houston Arcade Expo is now only one of several meta strategies that most players won’t care about. I’m perfectly fine with that, because sometimes it’s just fun to bash the crap out of an antagonist who is talking trash at you. However, it’s also fun to take a risk, and set something up before cashing in.

There was going to be another pinball related memory that I would have been able to write about here. However, a certain pandemic has caused some changes in plans for the entire pinball community at large as well as for our team. I’m looking forward to showing you all what the game has become and for everyone to know the dedicated people that are making this game happen, and then show the next one … and the next one… and …

Until then, thank you all for continuing to visit this site and for being a part of the other Internet presences that carry this site’s name. I’m wishing you all another great year of pinball fun. As for me, working for a pinball company has and continues to be an adventureland.