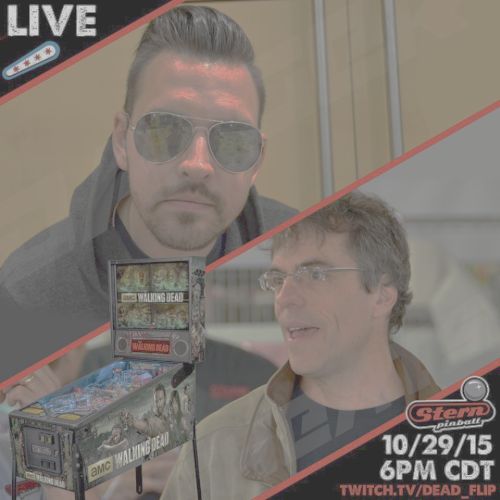 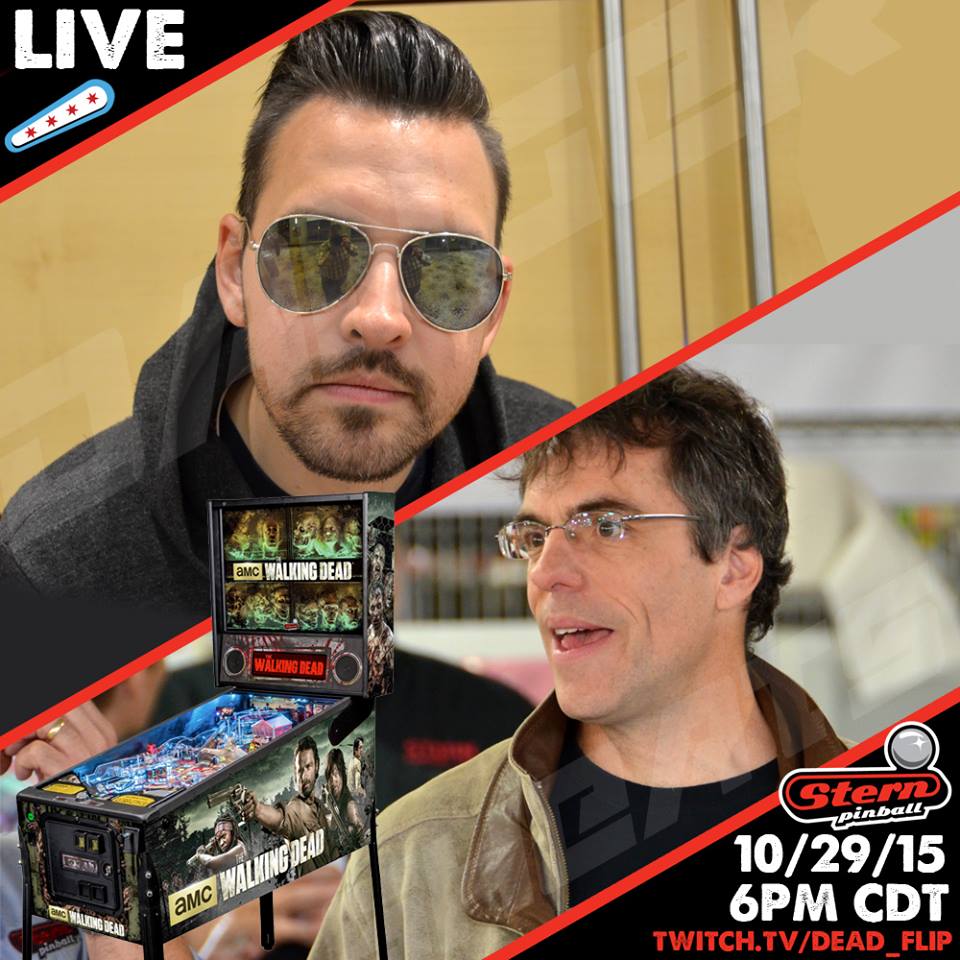 It time for some appointment streaming as Lyman Sheats will be a guest on Dead Flip today on TwitchTV at 7 PM Eastern / 6 PM Central time. If you are a pinball player and you don’t know who Lyman is, look on a pinball game’s apron or playfield, then come back. His name is probably on there. Do a search on IPDB and you will see there are too many matches to display them all.

Much like when game designer Steve Ritchie played Game of Thrones, it will be a major moment to have the game’s programmer play The Walking Dead and show us how to destroy all zombies (walkers, I mean walkers).

It would be the pinball moment of the year if Lyman walked up and presented Jack Danger with a USB stick with new code on it for The Walking Dead pinball game. Even if it was just bug fixes, since the code is pretty solid right now. I am not trying to start any rumors of that happening. I am just thinking out loud, and then typing those thoughts on this page.

Next, we need Keith Johnson on the show, playing The Hobbit. 🙂