New Sh*t, NOT the Same as the old Sh*t. P3 Progress Newsletter 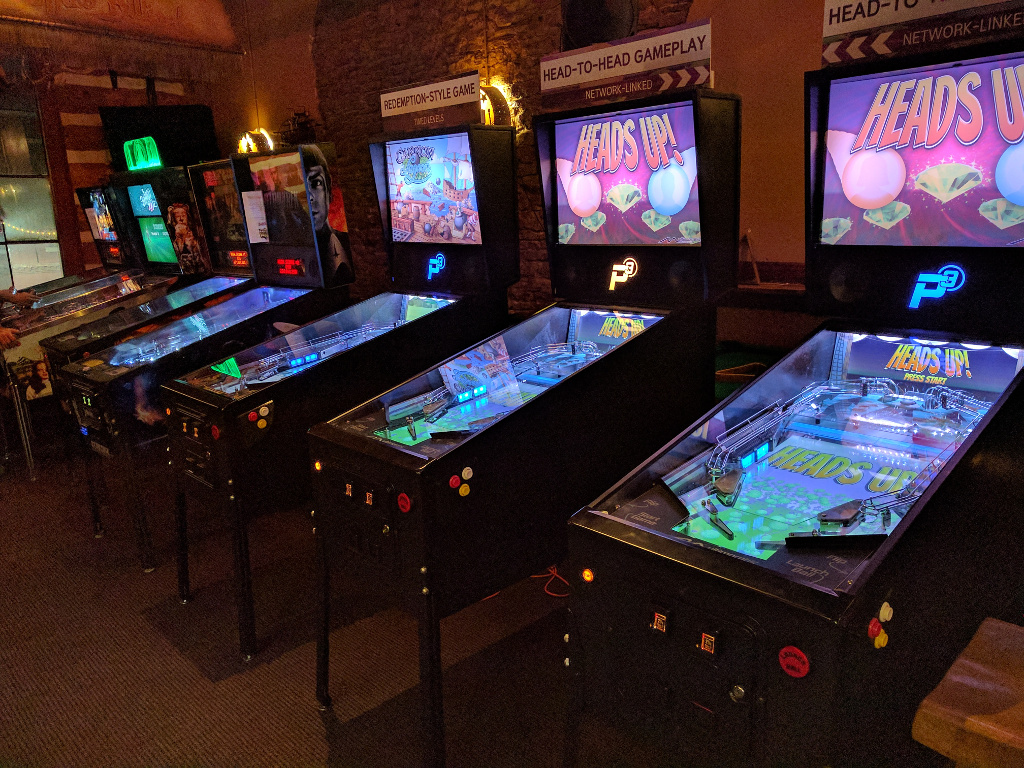 Showing a stark contrast to the Dutch Pinball newsletter, P3 Multimorphic released their own newsletter showing real progress toward getting pinball games to consumers. Also, a major milestone in proving game quality – the use of it in a tournament atmosphere.

Anyway, according to Gerry Stellenberg, games are on the line!

The Multimorphic production line is rolling!

We’ve partitioned the production floor into build-stations, where each station is responsible for one or more sub-assemblies (ie. flippers, trough, wall/scoops, side-targets, chassis, cabinet, backbox, upper playfield modules, playfield display, etc).  Each sub-assembly is built, tested, and then prepared to go into a machine.  When all of the sub-assemblies are ready, machines are fully assembled, last minute adjustments are made, and then machines go through a final testing procedure.  No production machines have officially shipped yet, but that’s about to change.  For those of you in the 2nd production run, we’re now looking at starting 2nd run shipments in September.  If you’re not a 1st or 2nd run customer but want to buy a P3, please email me to get on our list.  When we have new inventory available, we’ll contact you.

While production continues to ramp up, our software team is preparing our many software projects for release.  Whereas traditional pinball games have a single game application, the P3 is a platform machine that requires a whole suite of applications and tools.  The P3 is set up similarly to other multi-application devices, like tablets and mobile phones, on which applications can be selected from an application list (manually or automatically).  So on the machine itself, there’s an application-launching menu and a bunch of apps.  All machines will have a diagnostics app, a system management app, and the Lexy Lightspeed – Escape From Earth game app.  Additional apps will be available as add-on purchases (though many of you have taken advantage of promotional offers to get certain add-on games for free).  When new apps are installed, they’ll become available in the application list.  You won’t need to reinstall software every time you want to swap games.

In addition to the apps running on the P3, we’re developing Multimorphic-internal tools for building and managing installable application packages (similar to mobile app store back-end systems).  Suffice it to say, we’re laying the groundwork for a comprehensive P3 ecosystem, including support for 3rd-party game development, testing, and deployment.

A few weeks ago I promised a new website and customer support portal, and unfortunately we’re a little behind schedule on that.  We’re still working on content for our online-store and fine-tuning the design of the customer support portal; so it’ll be a little longer before the site goes live.  In the meantime, you can still visit http://www.multimorphic.com to read about the P3 on our old site, and of course you can contact me directly at any time. 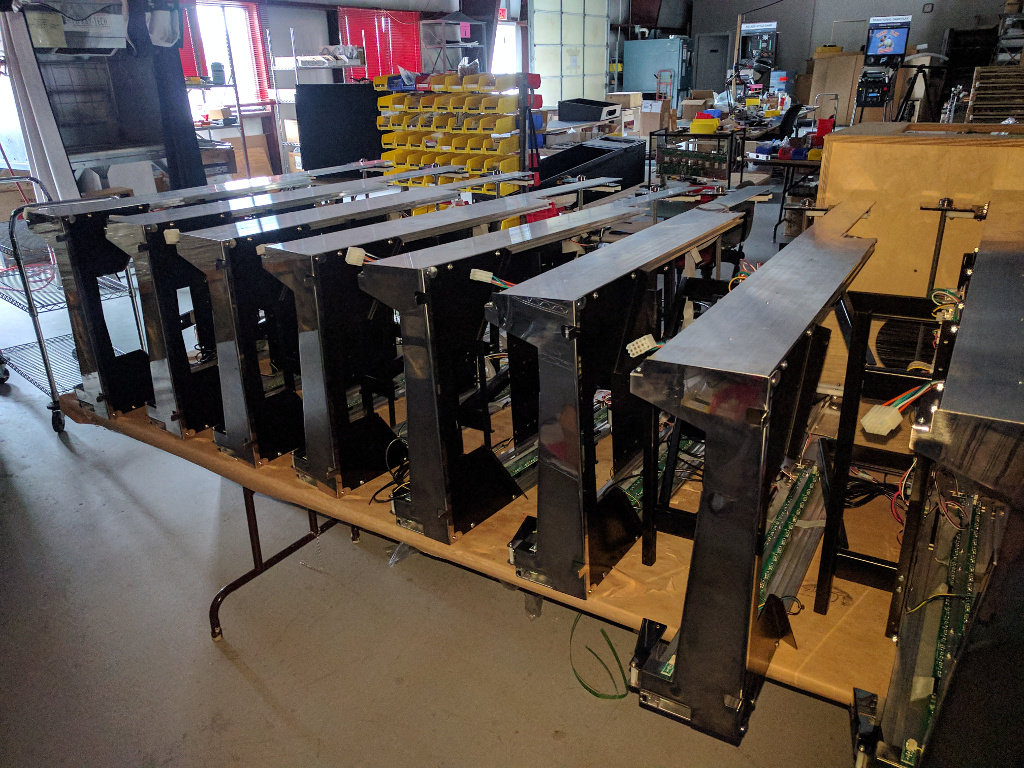 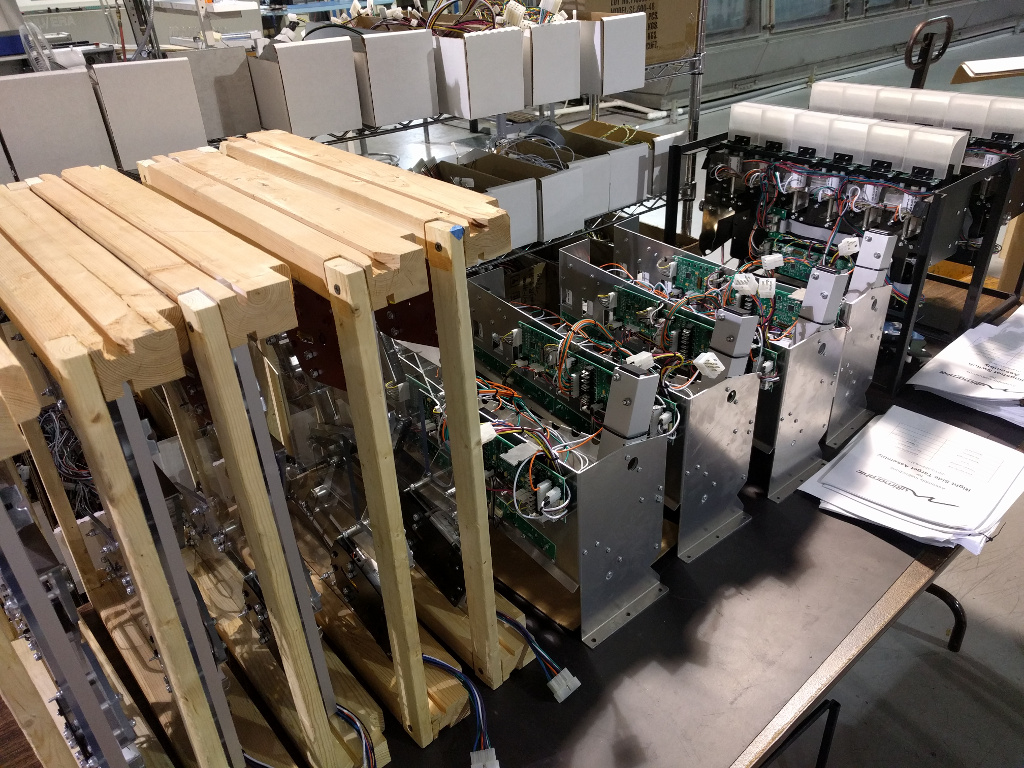 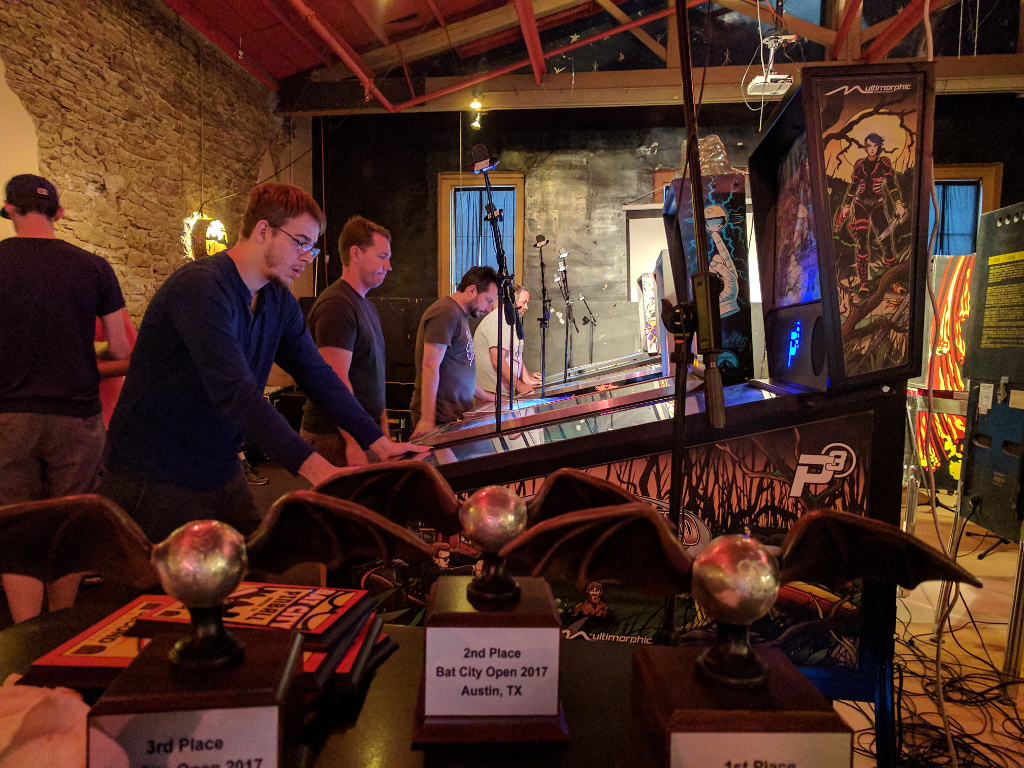 The P3 with Lexy Lightspeed – Escape From Earth was used for the first time in a PAPA circuit event last weekend (the Bat City Open, hosted by Buffalo Billiards in Austin, TX).  It was played throughout the weekend and also used in the finals.  The final match was streamed on twitch (LL-EE coverage starts at 5:32:00) here: https://www.twitch.tv/videos/154325603.  I did commentary when they played LL-EE.  The machine and game seemed to perform very well most of the weekend, though players did encounter a couple of issues.  The one serious mechanical issue encountered (balls getting stuck in the ship entrance – this happened twice over the course of the tournament) is being fixed in production machines, some game logic is being tweaked as a result of the tournament play, and one software glitch is currently being debugged.  We had three other machines in the free play area.  Two were running Heads Up, and the other was running Cannon Lagoon.  Overall it was a fantastic weekend.  We enjoyed being part of it, and we appreciate the interest and enthusiasm for the P3 and LL-EE.

In June, a P3 was hosted by Mark Montecalvo in the Pinball Bulbs booth at the Northwest Pinball and Arcade Show.  In July, a P3 will be available for play at Pintastic in Sturbridge, MA in Allan Davidson’s Ardvark Pinball Repair and Restoration booth.  Huge thanks to Mark and Allan for hosting, servicing, and promoting the machines.  We’ve been able to successfully build a company around the P3 vision in large part because of the passion and support of the pinball community, and we remain incredibly grateful.

Please excuse me now while I call the freight company to discuss pickup schedules for new P3s!
– Gerry Stellenberg