We’ve completed the first day of qualifying for the NW Pinball Championships. Each and every game set up there basically has it’s proverbial middle finger stuck up at you in defiance. It’s our job to use our pinball skills, and some lucky bounces, to score despite the difficult settings.

Imagine before you a group of 7 games: Mousin’ Around, Bram Stoker’s Dracula, World Cup Soccer 94, Jack*Bot, Attack from Mars, Shrek and Spider-man. Each of those games is NOT a pinball game like you may be thinking. Instead, these are seven evil puzzle games, each with one unique solution. A solution that changes with the passing of time.

This is not intended to be flowery language. I will give you a specific example of this. A smart play in WCS94 is to let the ball carryover from the right to the left flipper. If you can do this consistently, you can shoot the striker hole, get awards and build toward lighting the lock. However, as the day wore on, the carryover distance became less and less, until now it is too short to get any decent control with the left flipper. If you try to nudge it to help the ball bounce over to the left flipper, that will cost you a warning. The solution to score well on this game has changed. So, what now? If you are thinking left ramp, stop thinking that. Mini-flippers mean that if you only make it up the ramp partly, your ball is going SDTM. The spinner may be a decent shot if not for the slight hop that the ball takes when it travels down the right flipper. Try for it on the fly, and you may end up hitting the ramp halfway, and once again you are done with that ball.

The tools for battle are limited. The tilts are extra-conservative as you may expect in a tournament. Most ball saves are diabled at the start of the ball. Throw in a dash of mini-flippers for BSD and WCS94 as I said before. All kickbacks must be earned and one kickback in particular is impossible to activate. I’m talking about Mousing Around. The center ramp is disabled! Again, this makes sense if MA is in a tournament because, if the center ramp were a viable shot, the game would take too long. Players would smartly just keep going for the center ramp to get 100K per shot. But with the center ramp out of play, that also means you can’t get a kickback at any time. It also means you can’t light the white arrows to spell M-I-L-L-I-O-N on the right ramp.

Each game has layers like this to work through. Some players have done well thus far in solving the puzzles. I am not one of those players. 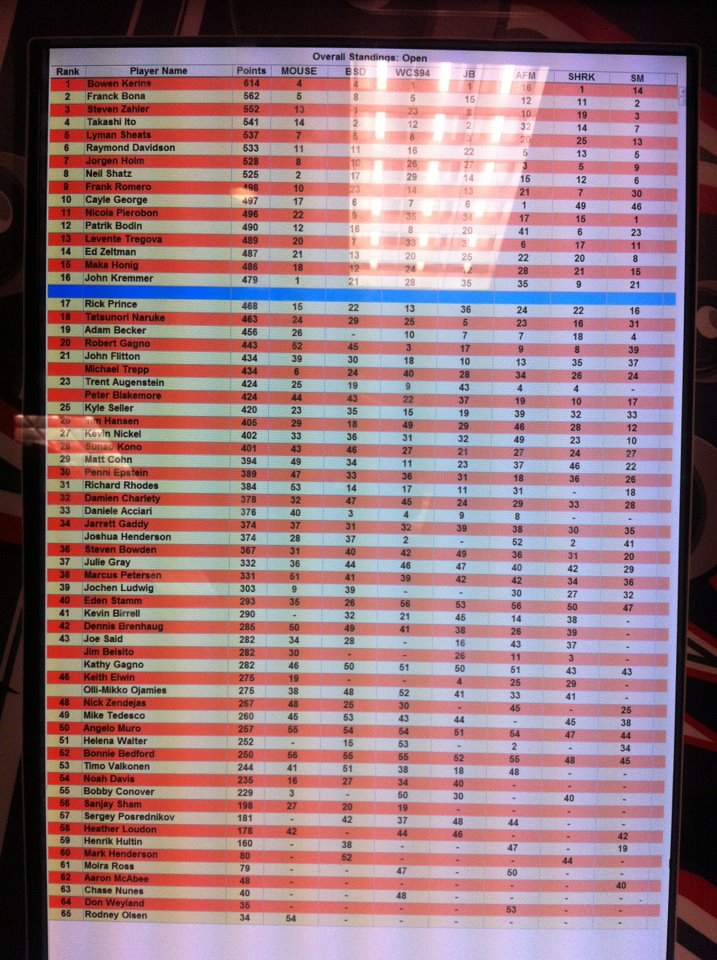 It’s back to more hammering and chopping wood for today. I wonder if the games will allow me to survive one mistake or missed shot without costing me the ball. At least I am close to qualifying in classics.