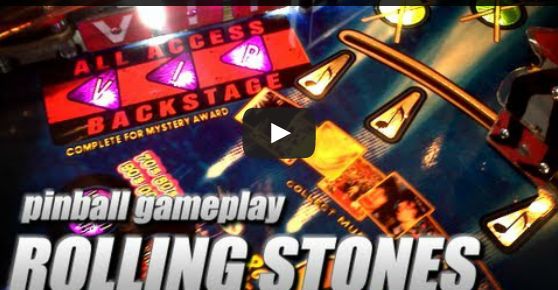 IMPLANTgames‘ Austin Mackert takes an nearly one-hour look at The Rolling Stones by STERN with commentary.

He did a great job. The commentary is lively and explains a lot about the game. It almost caused me to drop some of my negative bias against playing The Rolling Stones. Almost. Rock Star Multiball is a nice feature, and the center ramp to right ramp combo has a decent flow to it especially when you have combos running.

Five games played of the Stern (2011) Rolling Stones pinball machine (Pro model). Commentary track lasts the entire video. The code version is the latest (and probably last, I am guessing), as of April, 2013. See below for the exact time codes for each game played.