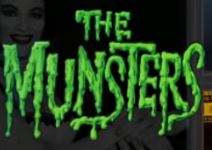 Fixes of Munster Madness headline this version of the code for The Munsters.

New:
– Added utilizing the SPOT flasher every time Spot is in the up position
– Added an adjustment to Allow Raven to be lit on Level II like Level I.
Meaning all the other areas will light Raven as they are completed. This
will default to YES, Raven Level II will be lit from other areas. If set to
NO, Raven level II will only be lit from hitting a lit Kitty.
– Added HOW-TO play rule videos to the attract mode
– Added Speech and chime sounds to the clock advancement in Raven Multiball
– Added adjustment to allow the owner to change the strength of the
auto-plunger. It will default to 200. It was kicking at 255.
– Added flipper cancel for all total animations. Hold both flippers to end the
currently running total animation.
– Added the ability to end the replay/Special display effects early by
holding in both flipper buttons.
– Added Midnight Madness champion.
– Added a few shaker motor effects
– New Munster Madness level – This is a four ball multiball
– Moved the old Munster Madness to level II and increased the scoring.
– Created a new Munster Madness level I that is similar but simpler.
– There are 5 areas: Herman, Raven, Lily, Spot, and Grandpa
– There are two stages:
– STAGE ONE – Shoot Each Area three times
– Starting with Herman, you will want to shoot each area up to
3 times before the time runs out.
– You can also shoot the 4 lower playfield jackpots.
– You have 10 seconds per area.
– When the timer run out or you complete the area, you will
move to the next area
– When all 5 area[s] are complete or timed out you will move to
the next stage.
– STAGE TWO – Shoot a hurry up at the Electric Chair
– In this stage, all the shots you made in stage one, including
the lower level jackpots, contribute to the value of a hurry
up that starts to count down.
– Shoot the electric Chair to collect it.
– If you collect it or if it times out you will move back to
stage one.
– After stage two the lower playfield jackpots will only light
after each time you hit the current area.
– The only Zap Jackpot opportunities during this multiball are on
the lower level.
– Added Topper adjustment to allow the owner to turn off sounds during the
attract mode.
– Added STARTING HERMAN SHOTS NEEDED adjustment. Set to the number of shots
you want players to have to shoot before lighting their first Herman
Hurry-Up.
– Added STARTING GRANDPA TARGETS NEEDED adjustment. Set to the number of
targets you want players to have to shoot before lighting their first
Grandpa Laboratory.
– Added several adjustments to many of the installs.
– The difficulty installs change these 11 adjustments: BALL SAVE TIME,
STARTING HERMAN SHOTS NEEDED, STARTING GRANDPA TARGETS NEEDED,
STARTING SPOT LETTERS, 1ST SPOT LETTERS NEED TWO RAMPS, RAVEN LIGHT
LEVEL II AS I, AREA LEVELS EXTRA BALL, BALL SAVE TIMER: HERMAN MBALL,
BALL SAVE TIMER: RAVEN MBALL, BALL SAVE TIMER: MUNSTER MBALL, and
BALL SAVE TIMER: MIDNIGHT MBALL
– The HOME install sets FREE PLAY to yes, High Score initials to 10
letters, and turns the Attract show intro sounds to YES (on).
– HOME and DIRCETOR installs have the same results
– INSTALL 3 BALL and INSTALL 5 BALL are the same as INSTALL MEDIUM.

Tweaked:
– Changed Raven. One spin of the spinner moves the minute hand slower. This
makes it harder to advance the hour hand and therefore slower to increase
the jackpot values.
– Changed Raven II. Each time the hour changes, from spinning the spinner, all
the jackpots will be relit making it harder to complete all four upgrading
them to the next color.
– Ending Munster Madness will now clear any lit Raven shots on the left ramp.
– Improved the Enlarging Ray Background lamp effects
– Changed Enlarging Ray II:
– The four mini-targets do not all blink together.
– One is lit at a time and it moves back and forth.
– Hitting the moving target will lite all remaining jackpots.
– Removed the audit for Mystery lighting Super jackpot since mystery always
lights super jackpot in addition to giving you something randomly.
– Tweaked the default power strength for kicking balls out of the trough from
255 to 240.
– Added the current value of super jackpot to the instant info page. It shows
what you would get if you collected your super jackpots right then.
– Improved the start lamp effects for Munster Madness
– Improved the flavor of speech on some occasions
– Improved the accuracy of extra ball auto percentage ability
– Increased the value of stacks of 5 or Super Jackpots.
– Reduced the base value of the Super Jackpot from 500K to 350K.
– Improved many of the sounds for the Munster Madness scenes and jackpots.
– Tweaked the volume of a few tunes.
– Improved the EQ balance of Marilyn speech calls.