Win a pinball machine by “Flippin’ with the Greats!” 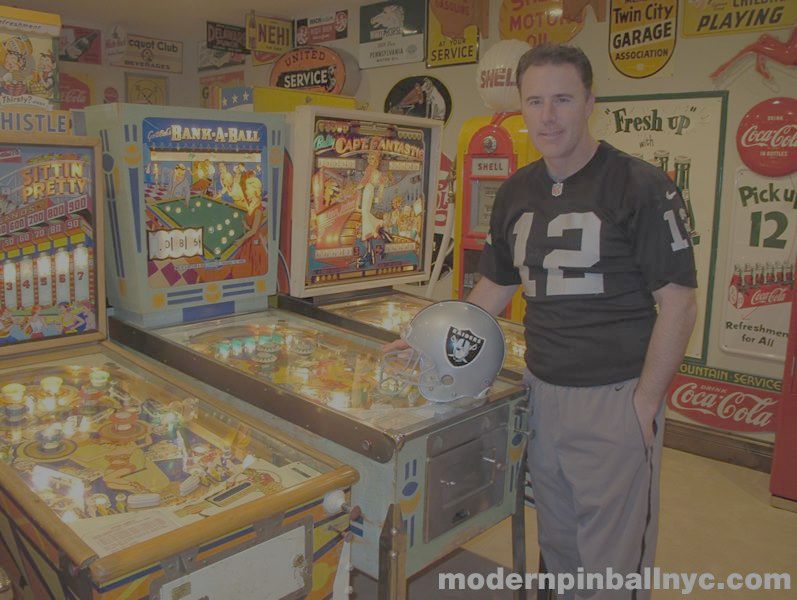 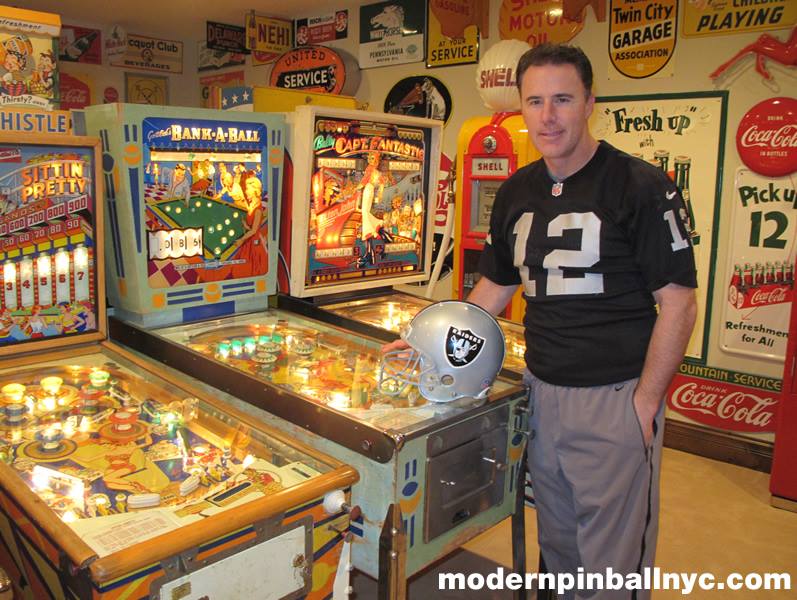 Rich Gannon – 2002 NFL NVP and some of his pinball machines

I think I need one of those Fox News Channel BREAKING NEWS stingers with the animated logos and red lights and stuff. 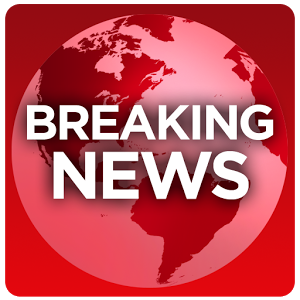 The Flippin’ with the Greats tournament has just added a pinball machine as the grand prize for the tournament!

ATTENTION Modern Pinball NYC FRIENDS: The following is 100% true! You know what I found out the other day while planning a promotion for our “Flippin’ With The Greats” pinball tournament? That *THE* Rich Gannon – Former All-Pro NFL quarterback, 2002 NFL MVP (after leading the Raiders to Super Bowl XXXVII) and CBS and Sirius XM sports commentator – is totally into pinball and has a gameroom! So, I reached out and got a few photos of Rich with some of his pins for the ads (look at that Captain Fantastic!).

Now Rich wants to join Modern Pinball NYC in helping to bring back pinball in a big way! Rich and his football buddies want you to join us for this very special, “Super Bowl” of a pinball tournament to be hosted at Modern Pinball NYC from Jan 6 thru Jan 30! Up for grabs is a brand-new pinball machine (valued at over $5,000!) and over $20,000 in prizes including multi-signed footballs autographed by many Hall of Famers (each valued at $2,500!). Rich Gannon also autographed a few footballs for us (6 @ $500 value each) and many prizes will be awarded by random draw! Proceeds benefit Coach Ditka’s Gridiron Greats Assistance Fund.

For more info please visit our brand-new website at www.modernpinballnyc.com and click the promo graphic at the upper-right corner. We hope you’ll join the fun and win something BIG

It appears I am going to have to find my way to at least one of these locations at some point this month.