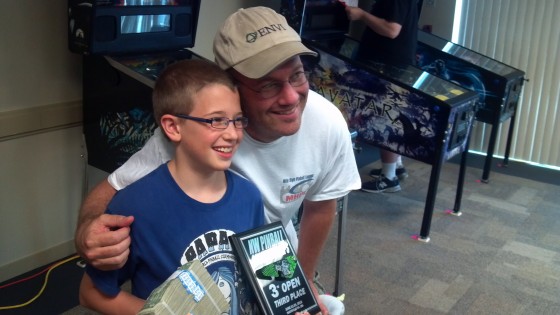 Here is the gallery of the pictures I took after I was eliminated and before the battery on my cell phone ran out.

This tournament taught me that I need to learn to predict “the moment” before I am about to drain a second before “the moment” actually happens. Because with tilt settings that tight and with outlanes that open, missing that moment meant I got to see the ball take a nice arc off of the slingshots and down the outlanes far too often. Many times there was nothing I could do about it because “the moment” had passed and it was too late.

Oh well, at least I qualified. Onward to Pin-Maine-ia! RARE! 4 points advances to the Final without a tiebreaker!

Also, we saw a rare occurrence where two players who had 4 points in the Semi-Final advanced to the Final without a tiebreaker.