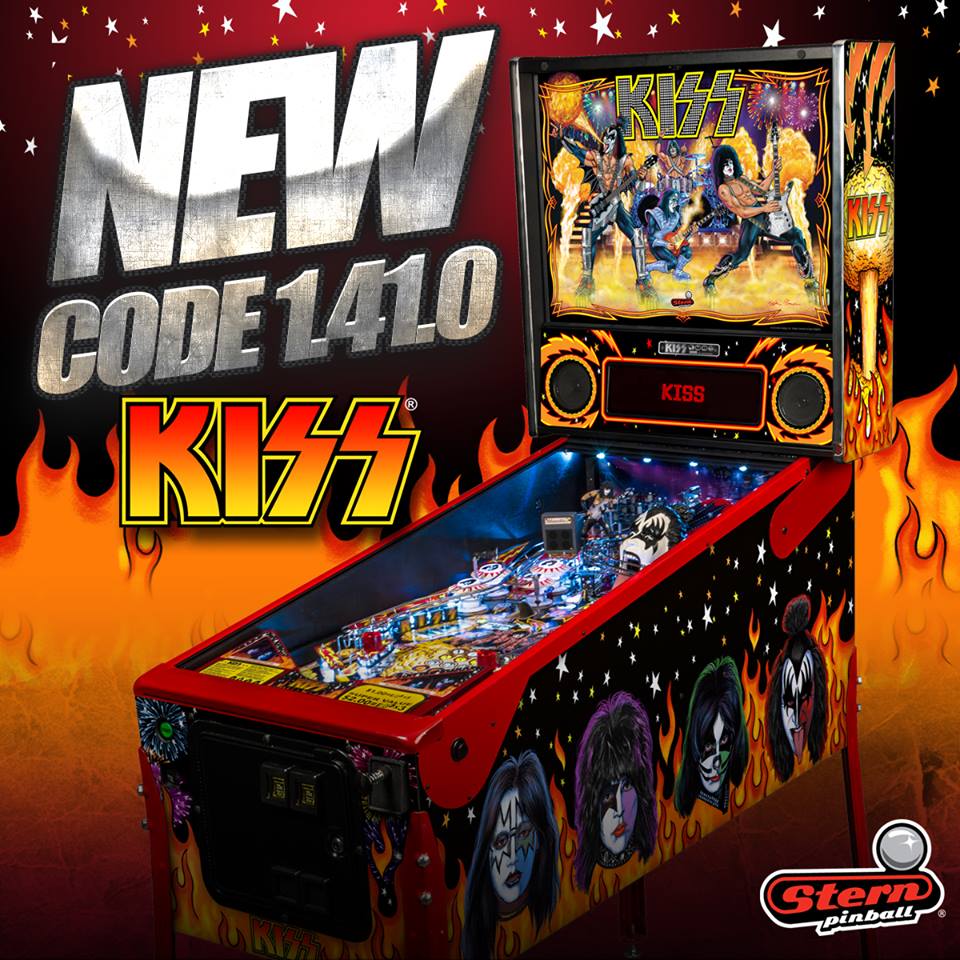 More updates from Stern Pinball! Meanwhile, anticipation intensifies for an update to a certain spectral game.

KISS v1.41 – The day they decided to correct the spelling of Pittsburgh. Although it would have been funny to just keep it the incorrect way.

– Added game logic and an adjustment to make Sweet Emotion easier to finish,
default = EASY. Now, upon timing out, the mode preserves it’s progress.
Previously (and now the HARD setting) the mode resets it’s progress.
– Added the virtual locks adjustment to the “Install Competition” menu.
– Changed the behavior of 3 modes, i.e. Back in the Saddle, Rats in the Cellar
and Walk this Way. Now these modes will count down and time out if not completed.
– Added game logic and an adjustment to change the difficulty of advancing
towards Medley Multiball. Previously Medley Multiball was advanced by making
1 shot during each mode/multiball. Now, with the “SHOTS NEEDED TO QUALIFY MEDLEY MULTIBALL”
adjustment, the game can be adjusted to require more shots to advance to this
wizard mode feature. Default = 1 shot.
– Removed an unused Medley Multiball adjustment.
– Added a Virtual Locks adjustment to virtually lock balls in the Toy Box.
Default = NO. Now tournament directors can add this adjustment change to
make their tournament games more deterministic.
– Added a Trough Eject Power adjustment.