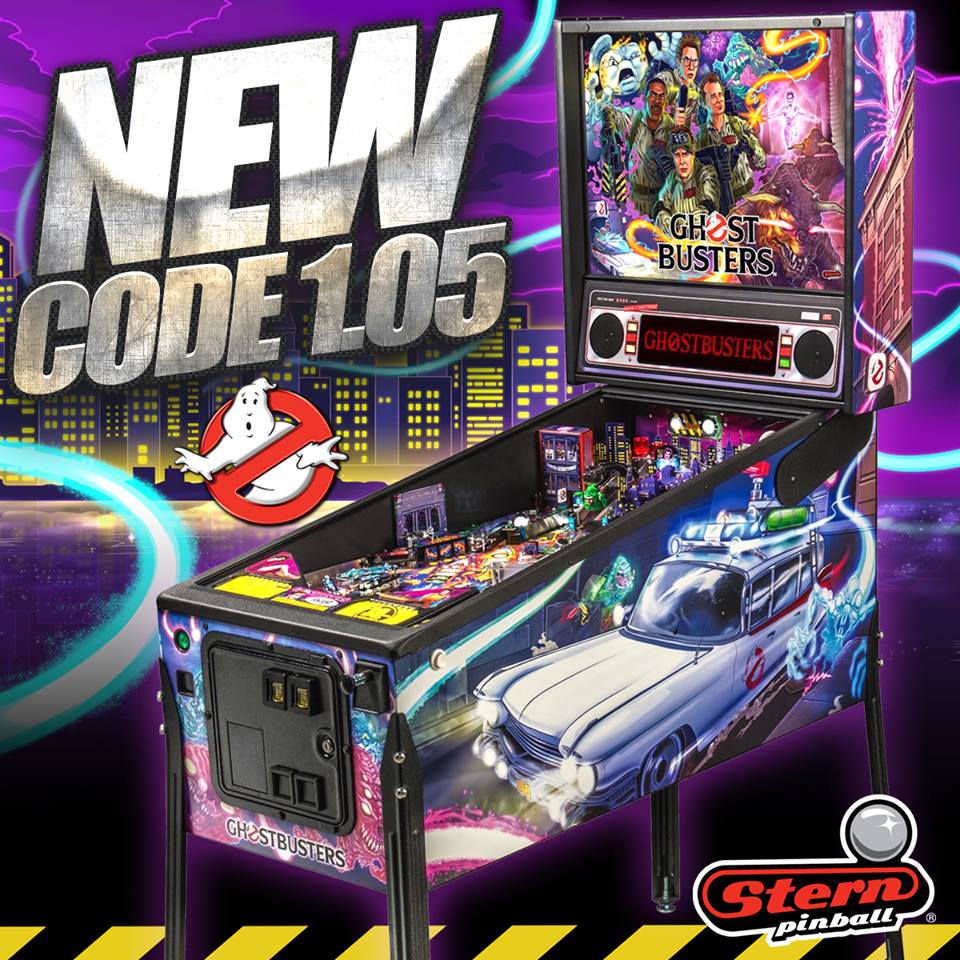 Stern Pinball have released Ghosterbusters v1.05 with new stuff including the River of Slime! If you start the mode, will it cause you to think negative thoughts, curse and scream out obscenities?

With that, let’s play out Ghostbusters v1.04 with videos from Arcade Hunters and Imoto Arcade.

Here’s a new look at Stern Pinball’s newest game, Ghostbusters! Recently the game was updated to version 1.04. This update added in some bug fixes with the rewards for catching ghosts during multiball modes where the mode wouldn’t end and you could keep it going, they also lowered the awards for the video mode as well.

One other change is for the game’s skillshots, you can now use the left flipper to select which of the PKE lanes to go into and the right flipper will select one of the lanes for the super skill shot.

We look forward to bringing you new videos of both Ghostbusters and Game of Thrones as the games are updated with new rules, so make sure to stay tuned!

With launch parties happening across the country for Stern’s new Ghostbusters Pinball release, I serendipitously come across one on location at Cactus Jack’s Family Fun Center in Oklahoma city. This is such a fun, new and challenging release by Stern that I wanted to show you guys.

Ghostbusters Pinball is popping up in arcades everrrrywhere, if you haven’t played one yet… why not?
#pinball #ghostbusters #sternpinball