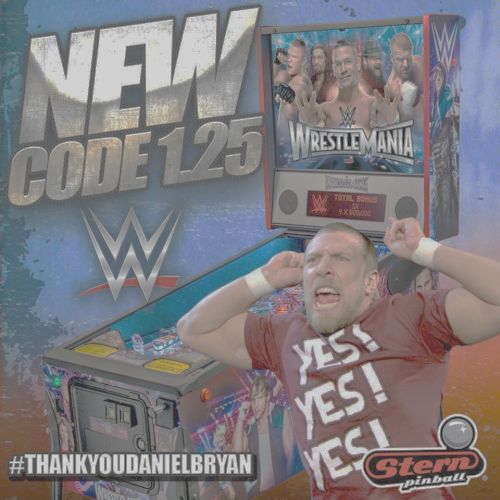 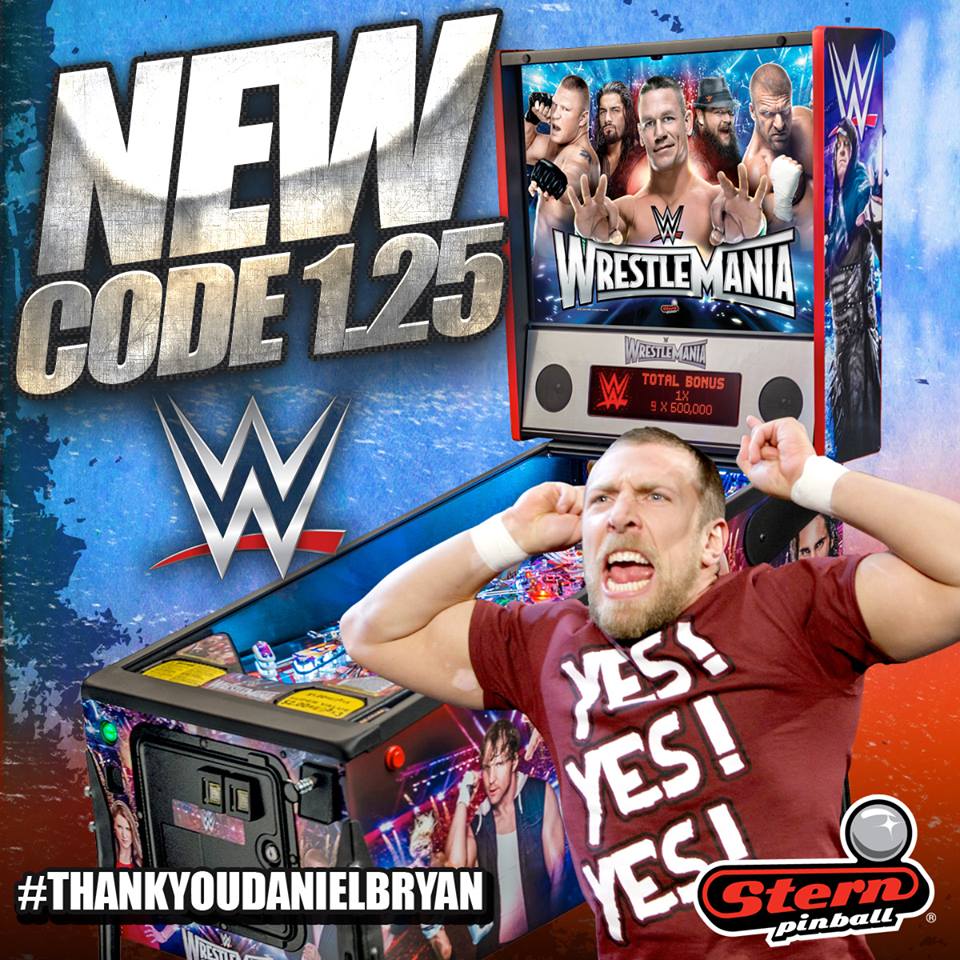 Yes! It’s happened! A major update for the Wrestlemania pinball game! And, based on the hashtag here, Daniel Bryan took time out of his busy schedule to code the game himself! No, he did not do that. But, apparently there is some serious stuff going on here. Stuff that involves both upper and lower playfield and strategery and energy bars and other good stuff.

YES! YES! YES! Stern Pinball has posted code update 1.25 for WWE Pinball! We have been hard at work behind the scenes for quite some time getting this update together for you! The update features a host of changes including a massive audio upgrade, much more rules, new lighting effects and scoring tweaks just to name a few! Complete details can be found in the READ ME file contained within the link. Enjoy! ‪#‎WWE‬‪#‎SternPinball‬ ‪#‎ThankYouDanielBryan‬