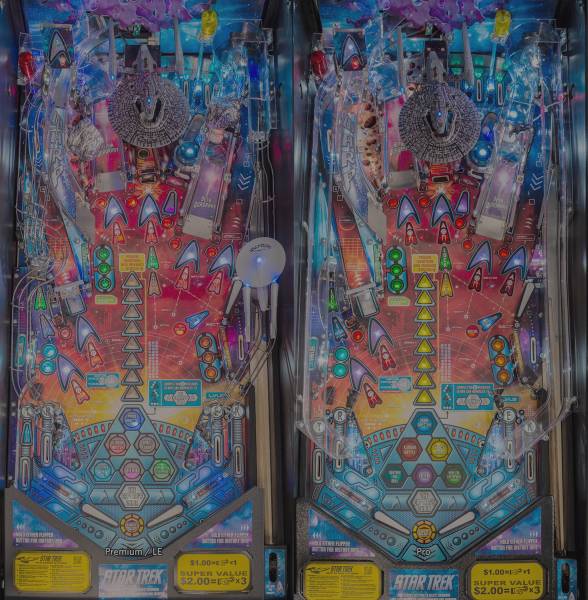 Stern has officially posted new code for Star Trek LE, Premium and Pro models. If you were at PAPA 18, then you know what this is.

If you weren’t at PAPA 18, first off what is wrong with you?! (Probably nothing.)

Anyway, artifact-like medals have been added to the modes, count toward bonus, enhance the Kobayashi Maru and generally make things better.

The updated code features substantial refinement and some new features:

• Medals are a new feature that awards Bronze, Silver and Gold Medals based
on performance during missions. Medals are also redeemed at the start of
wizard modes as a lump sum of points. Medals create additional incentive for players to perform well during missions.
• End-of-Ball Bonus has been tuned to play a more significant role in the
scoring strategy.
• Scoring has been re-balanced across the entire game.
• Numerous potential game exploits have been addressed based on comments
from players and observation during tournaments and location play.
• LE and Premium light shows have been enhanced.
• Throughout all models of the game visual effects, sounds, speech,
presentation and choreography have been enhanced.
• In addition numerous bugs have been fixed.

This update can also be found on our website www.sternpinball.com in the game code library.