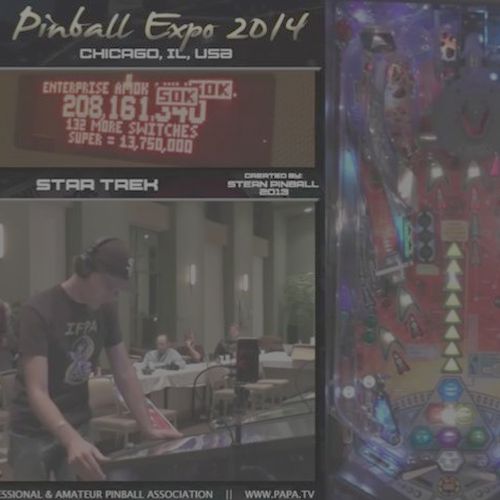 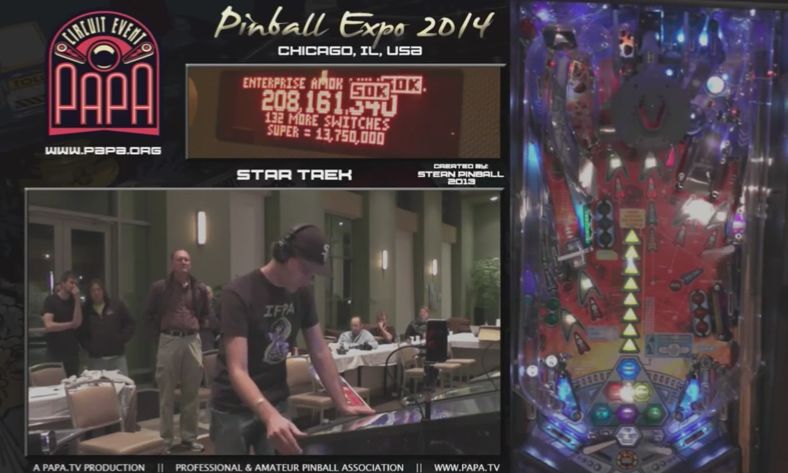 Welcome, colleagues, to Warp Theory with Dr. Jorian Engelbrektsson. Class will begin in a few moments. The professor is preparing the results of his analysis and he will present them shortly.

Really, though. Prepare to see a person clinically and scientifically dissect Star Trek Pinball. It felt like I was seeing the scientific method in progress. Jorian formed the hypothesis, did the research and analysis, performed the experiments, and then laid the results on the table for all to see.

Do you remember when Star Trek version 1.5 software helped to prevent you from timing out the Level One modes? I remember. Pepperidge Farm remembers. 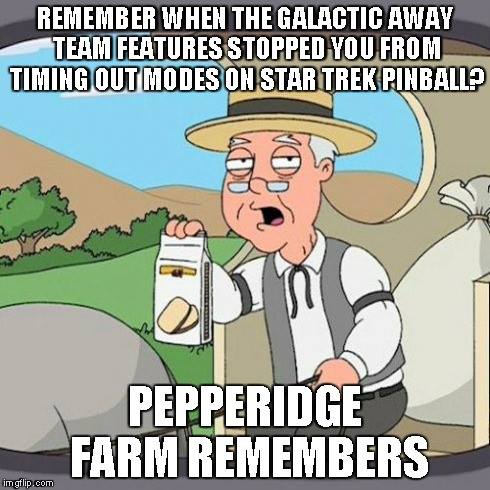 Those were good times back then… mere weeks ago. Wait a minute. I still don’t want to time them out. The galactic away team features are great. You can get mode scores of over 20 Million on a couple of them if you stack it with multiball, and it helps put more points into the Kobayashi Maru Multiball.

However, Dr. Engelbrektsson begs to differ. His research shows that Level Two Super Ramps are where it’s at. You see, the base value of Level Two Super Ramps is 1,150,000. It’s always that value because the number of shots are fixed on Level Two modes. The Warp Ramp always doubles that Super Ramp value. Combo the Warp Ramp with the left orbit (or make back-to-back warp ramps) and the value doubles again. Activate Double Scoring at Warp 9.1 or 9.9 and it doubles AGAIN for a total value of 9.2 million per shot. By the way, that’s for FIFTEEN shots on Level Two not ten.

That’s a total potential value of (9.2 million X 15) 138 million points! That is, if you can make through timing out all of the level one modes first and complete the three Level two modes for Super Ramps. It takes a lot of proper execution, but do it correctly and you will be richly rewarded as Jorian shows in the video.

Jorian also makes sure to get to Warp 9 and then stop Warping on purpose. This is so he can cash in the Warp 9.1 double scoring whenever he wishes. He also saves the last shot in Prime Directive II in order to cash in Super Ramps whenever he wants.

So … it looks like we need a rule set update (PLEASE?).

Anyway, here is the nearly TEN HOUR video of the 2014 Pinball Expo Final Rounds. Warp Theory begins at about eight hours into it.