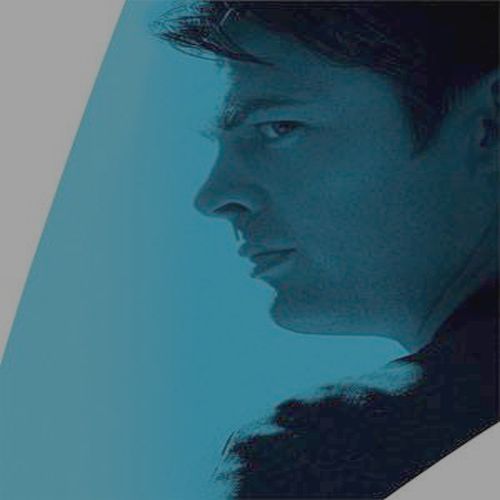 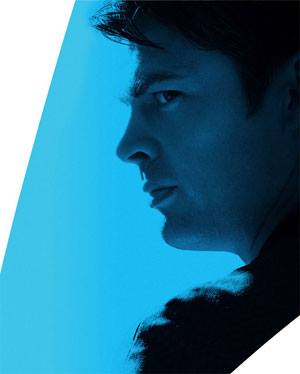 I decided to TweetyInstaFaceyTumblegram my way through learning the new software for Star Trek pinball by Stern. This newest update is fantastic! It makes the game many times better than it was before. Congratulations to Stern Pinball for this new version of an already great game.

I love it when a new version of something is released because the learning process must begin anew. My senses are heightened as I am trying to pay attention to as many things happening on the game as I can while I make each shot. I am trying to learn what each sound or voice cue means, what is stackable and what isn’t. I’m also trying to figure out what points I am not seeing on the scoreboard that are being scored in the background.

Plus, I am trying to steal glances at the scoreboard while all this is going on to see what shot does what.

Here is what happened in snapshot form with my tweets in the captions. This all occurred at Eight on the Break Arcade. 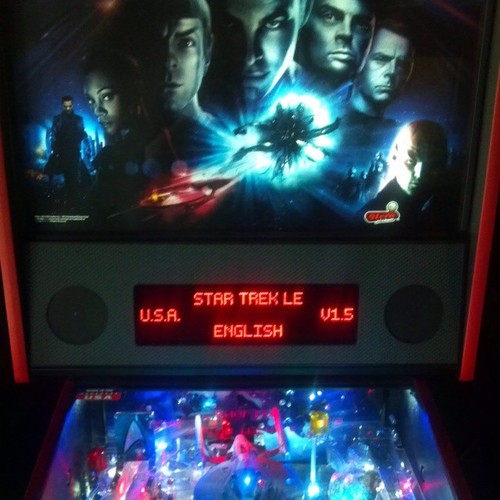 I’m ready. I’ve prepared myself. Let’s put the money in the dollar bill acceptor and fire this thing up! 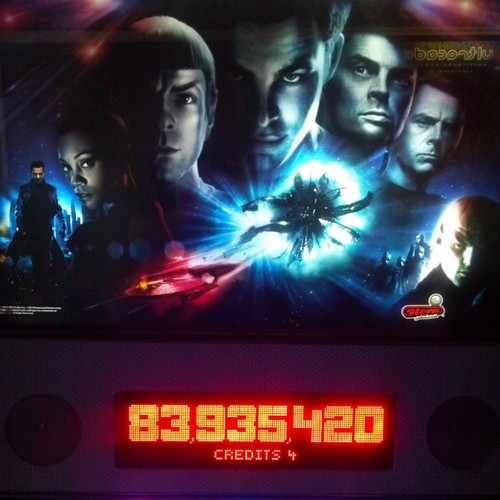 Before this, my only knowledge of the rule changes was based on Stern’s update post on Facebook. I played this game as if I was playing the previous version. However, I quickly started to adjust my thinking as I went along. I was pleased with my first effort. But, I wondered if the scores are going to be higher due to the software. After 3 mode shots, away team lites. Shoot to activate … …the top lanes that now also count for mode shots!

This was the first time I saw what the Galactic Away Team shot does during a mode. After shooting three mode shots in Prime Directive, the “Away Team” flashed under the right flipper. After I shot that, the top lanes all lit for more scoring while the normal Prime Directive shots turned off. I then noticed that all shots to the top, stopped at the lanes instead of looping around, and those lanes were worth more points.

At first I thought that’s what all the Galactic away team features did. However, I was not done learning. Superior my a$$! All you are is a genetically enhanced murderer!

Woohoo! A GC score! Lots of thing happened to get this including a completion of the Kobayashi Maru Multiball. Incidentally completing Kobayashi Maru does the same thing it did before. It ends the mode and put you back in normal play, but with multiple balls. It’s like having a Warp Ball. Getting vengeance ready no longer locks out mission start…

In the former version, I was used to being careful with the Vengeance target. The reason being if there is only one shot left to start a Vengeance mode, the mission start gets locked out. (Did this happen the the previous version? I am not sure now…) “FINAL SHOT” can be the one that starts Kobayashi Maru! After getting Warp 9.1, I saw Double Scoring for 40 seconds show up on the scoreboard. Knowing about the Warp 9.9 Double Scoring + Add-A-Ball feature, I furiously started trying to get more Warp Ramps to see if the two doubles stack.

Apparently they don’t, but you get your 40 seconds of double scoring back which is still nice. Immediately, I thought that next time I would try getting to Warp 8 or 9 first. Then, wait on starting Warp 9.1 double scoring until after I had started Super Ramps, to prime up some 8X Super Ramps! See, I’m making connections! ^_^ I had to make sure the the two “3-in-a-rows” at once move still works. Of course it does. Why wouldn’t it? I’m silly. Unfortunately you are still allowed to time out modes. Should stop the clock if no switches are hit.

I had hoped that Stern implemented a clock stoppage if no switches are hit in a period of time. Sort of like in Addams Family how the mode clock stops if you are trying to time-out a dangerous mode like Seance. That way you would have to put yourself at risk at least a couple of times during each mode.

But no, Level One mode time-outs can still be done. However, I don’t think you want to in this new version. So many potential points are lost by not playing the modes and missing out on the Galactic away team. Plus, you would  have not nearly as many points available in Kobayashi Maru Multiball after your time-out fest. Level 3 modes now have no timer? Inconclusive for now.

Level Three modes used to have a timer that would force you to restart the mode if you didn’t finish in time. When you restarted, you would have to start the Level 3 mode all over again. It turns out that this method was a bit exploitable for big points. You could start a high scoring mode like Save the Enterprise III and make a few shots in a combo to score five to eight million points. Then purposefully not finish it, forgoing the shot doubler, and start it all over again.

Now there is no timer on Level Three, making the completion of those Level Three modes much easier. I was able to see there was no timer on two separate level three modes. This removes the exploit and makes it easier to get 2X scoring on a shot. New dots for 3 in a column.

Here are the new dots for 3-in-a-row deep, or “3-in-a-column.” Getting this makes a shot 2X for the rest of the game, not just the ball like in the previous version. I like the new dots here, because it looks like you are betting all your chips on one shot. Those dangerous shots you have to make during “Vengeance Scoring” just became more worthwhile. Now, if you finish all five shots, you get an extra ball immediately after making the last shot. Even in tournament play that’s still pretty nice since it would be worth an extra 3 Million points to you. Galactic away team activates different shots for increased scoring depending on mode. Not just top lanes.

At this point, I had learned that the Galactic Away Team, available after making 3 mode shots, actually activates different objectives depending on the mode you are playing. Example: Galactic Away Team with Nero Adds 20 sec. To timer and changes shots to standups for higher scoring.

Galactic (top) Lanes are available with Prime Directive. Galactic Targets are available with Nero, Galactic Ramps are available with Klingon Battle. There are three others that go with the other three modes, All offer high scoring replacement objectives instead of the normal mode shots should you want to activate them. You also get a bonus of 20 seconds added to the mode timer when you start a Galactic Away Team feature. I finally cashed in an 8X Super Ramp opportunity! I went from a mediocre score to a replay in four shots. Seeing 7,200,000 show up as a super ramp score took me aback for a fraction of a second before I hit two other 8X super ramps in a row.

Not to mention you are still getting the points for the Warp Ramp shot which can be worth up to 2 Million each (double 1 Million)  if you can repeat the shot over and over again. Use this to surprise your opponent with a huge comeback, and maybe even surprise yourself with the new score you have just achieved when your warping stops. Yes, 11,600,000 points for one shot. I did have a bit of a “Holy crap!” moment when I saw the number appear on the scoreboard. No more timing out for me, unless maybe it’s the last mode to get Kobayashi and it’s the last ball. It’s worth the risk. Besides, it’s good to hear all of the new Karl Urban voice cues that replaced the more generic ones from the last version. More cool stuff: You are allowed to start a Mode and Klingon Multiball at the same time using the left saucer shot. You will be able to select the mode and then Multiball (with it’s great new animation and light show) will start immediately after that. You are also allowed to start the Galactic Away team during Multiball.

Nero’s Galactic Away Team feature is the Red Matter targets that litter the playfield. Imagine if the Thunderstruck mode from AC/DC had twice the number of targets that can give you points for missing shots. Then add Multiball on top of that. Even though you don’t get the additional shot bonuses that Thunderstruck gives you, that’s how mode scores like 18,898,000 or more can happen on Star Trek. Last score of tonight. Thank you @SternPinball for a fantastic software update!

Incidentally, did you know there is someone else masquerading as @SternPinball on twitter that is not Stern Pinball? Stern Pinball is actually @SternPinballInc, which I learned after making the preceding twitter mistake.

Anyway, I can’t wait to play this game again! This update just took a fun game and made it outstanding!

I have to find out if anything happened with the Level Two and Level Three end modes. Before it was just another offshoot of the Save the President mode from 24,  Battle for Cybertron from Transformers, or the Helicarrier mode from the Avengers. These are modes that require you to shoot all shots to build up a Super Jackpot that you can only collect after getting all of the shots. I’ve nicknamed modes like this as the “Battle for the Cybertronian President’s Portal Multiball” mode. 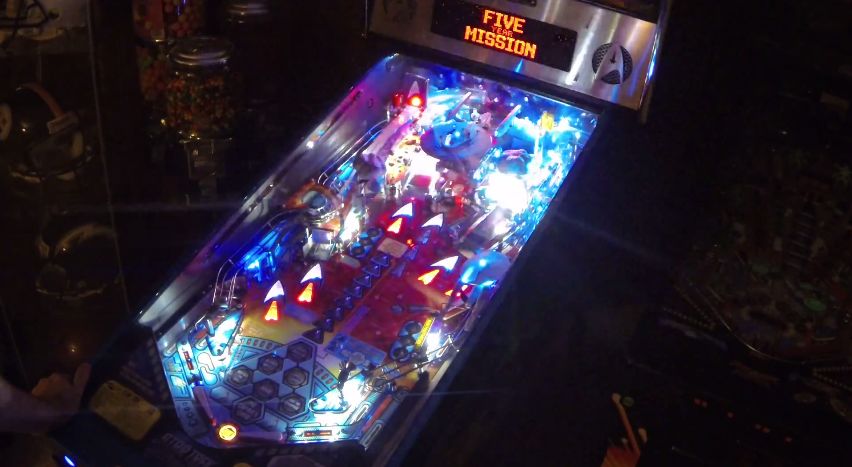 Click here to read my hare-brained idea of what the “Five Year Mission” could be.