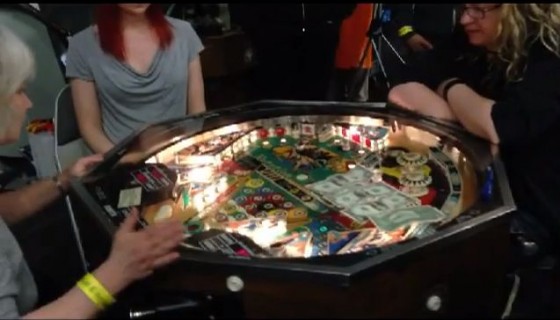 A style of pinball match where the competitors place bills on the playfield glass to block certain areas from view. The winner of the match gets to keep the money on the glass. Each player in the match uses one bill to cover an area. The money remains on the glass for the entire match. Each bill is usually of equal denomination.

The players toss their bill on the playfield, and wherever it happens to land it stays. 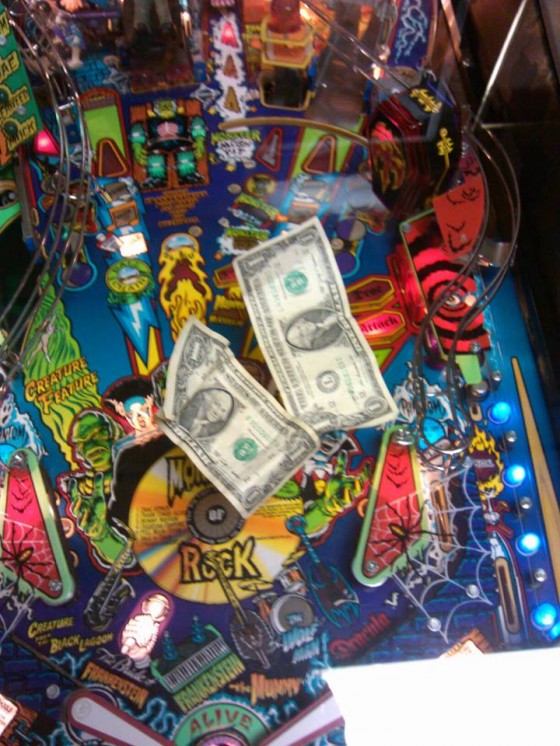 The players place each bill over an important area of the playfield, covering up valuable shots or targets. 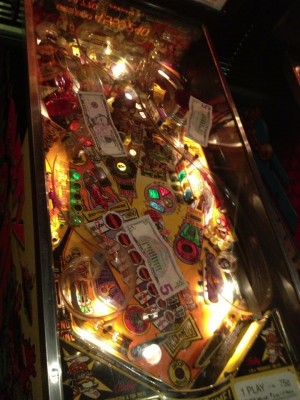 In this match, the Tommy Dollars are covering the path to the ramp, which is an exploitable, one-shot strategy on this game. 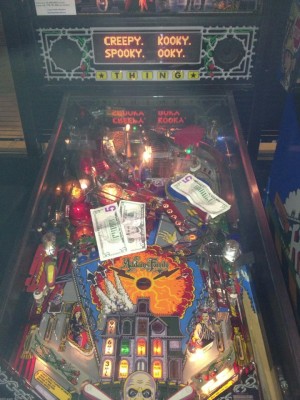 Tommy Dollars on The Addams Family

In this match, the Tommy Dollars are hiding the Chair which starts modes, and the Vault area which makes progress toward Multiball and also has the upper-right flipper.

After hours at the 2013 NW Pinball and Arcade show there’s two games of Rotation VIII going in the lobby. It is rare to see just ONE of these games in operation so the addition of a “TOMMY” match on one attracted the attention of many leaving the show. Players include (from 12, clockwise) Jeri Ellsworth, Kristin Qubie, Rick Johnston and Julie Gray.