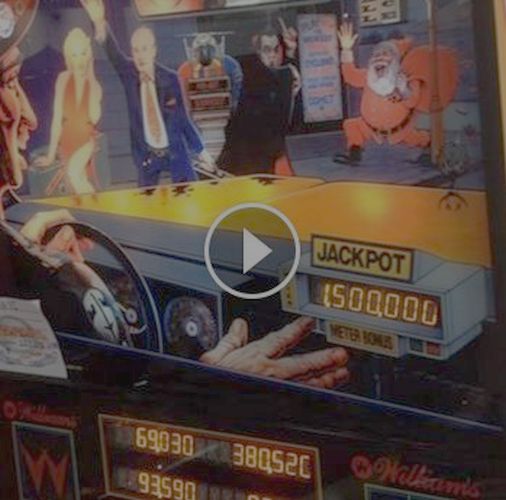 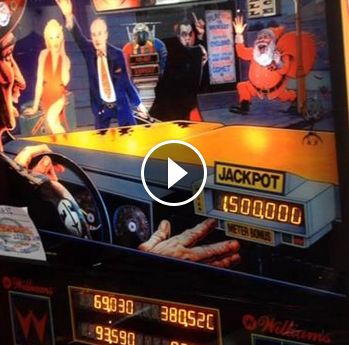 This is sixteen seconds worth of a Taxi priced at $6,000.00 at Pinfest 2014. According to Nick at Arcade Hunters, the seller just put that large of a price on it because he wasn’t going to sell it. That number was meant to stop people from asking him about it.

Granted, this machine was CLEAN! Playfield, plastics, everything looked new or at least competently restored. So clean that before our group played it as part of the Pinfest tournament, we spent about a minute just looking at how nice it was.

However, the skill shot was wacky. If you full-plunged the ball, it could stop dead in the bowl at the top right and give you the lowest award or it could smack up against a plastic and not even go into the skill shot bowl at all. It detracted from the gameplay but the game still played well otherwise.

Anyway, why put a price tag at all on it instead of saying it’s not for sale? Some crazy mofo could have rolled up, after buying some limited edition Stern whatever game, and said “I’ve got $6,000.00, let’s do this.” Everybody’s got a price. The seller might have to make a tough decision at that point.

But, at expo shows like Pinfest, it’s all about haggling. I wonder how many people came up and offered lower prices for it. Having a price tag at all would cause even more people to ask about a Taxi game that looked this good.