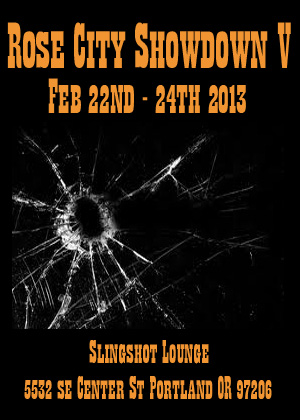 Off and running at high noon.

The PAPA Circuit continues with the Rose City Showdown yesterday in Portland, Oregon. The players must have been off and running as soon as noon arrived. When I arrived at about 1:00 PM or so, some of the heavy hitters were already there. Check out the standings at SoftPlunge.org to see the quality of competition that had arrived by the end of Friday.

[Also, I’m not trying to be a broken record, but shut up and take my money!]

The Corvette scores are missing the trailing “zero”, so the top score as of now is over 4.2 Billion.

We are using tickets that serve as mini score sheets. You highest score for each game counts toward your standing. The scorekeepers, who are doing an excellent job, build up a queue for each game using these sheets on their clipboards.

It’s unclear whether players can put tickets in multiple queues, though. I have been in one queue at a time thus far. I am often unsure about whether or not this is allowed at Herb-style tournaments like this, where you don’t physically stand in a line in front of the game you want to play next. The status of this unwritten rule will be an important factor, especially as the lines increase for day two. 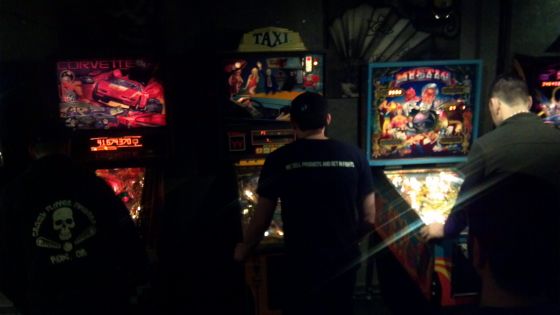 Loop passing to light the locks is not guaranteed because the feed down the right orbit can veer off, unexpectedly.

Shoot the edge of the targets, or suffer the consequences.

Running the newest version, so it’s a learning experience for me. 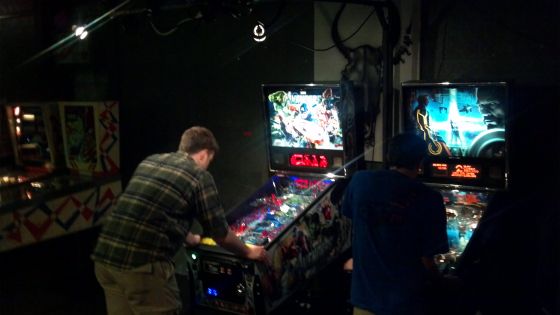 When I got there, I was surprised to see the The Avengers was not in service yet. It wasn’t broken. Actually, the game was due to receive a new version of the code as soon as it was posted by STERN. As it was uploaded, I hoped that this version remedied the flaws of the previous version. Flaws such as the bonus being unbalanced.

On the previous version, I would see games where a player scored 15 Million in a ball and got a bonus of 18 Million. How was this accomplished? By starting Multiball, controlling one ball and then collecting Nick Fury (mystery) awards over and over again. Among the fabulous prizes available were Hold Bonus and Advance Bonus Multipliers.

Combine this with the bonus itself that builds with every switch hit and the additional bonuses that come from the number of times you have made each of the Avenger’s shots throughout the game. Don’t forget to spin the magic lamp, I mean the cosmic cube, to get more switches toward your bonus count. This resulted in a severely unbalanced bonus award similar to STERN’s Indiana Jones.

To get Multiball, all you had to do was shoot the Hawkeye orbit/ramp shot at lot. The Hawkeye shot leads to the inlanes. The inlanes lead to lighting the locks. Lighting the locks allows the same shot to lock the balls. After Multiball is over, just shoot the same shot over and over again to light the locks again. Oh, by the way, while you are doing that you will finish Hawkeye and start “Hawkeye vs. Black Widow”, another Multiball mode. A mode that you can purposely not finish, and then start it again when you are back in single ball play. I hesitate to use the word “spam”, but I just did. Because, that’s what it is. 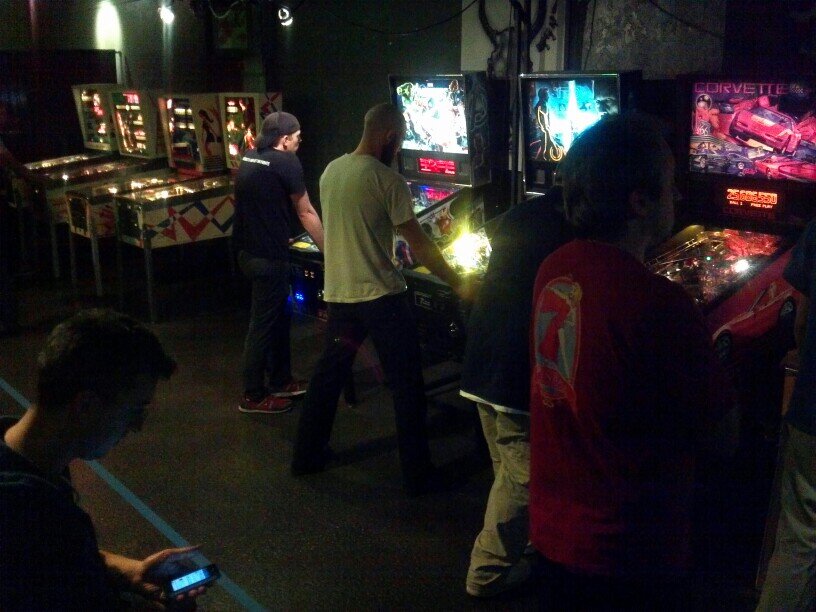 Unfortunately, the software update only fixes the bonus imbalance.  The Nick Fury mystery awards 200,000 every time. You don’t even get an Add-A-Ball during Multiball. Even though the scores are now lower, it does not remedy the repetitive shot strategy of the Hawkeye orbit/ramp shot.

Therefore, that’s what we have to do to score well. It’s boring and takes a long time to do, but it works as top players such as Keith Elwin demonstrated yesterday. He shot Hawkeye 45 times on his first ball alone, and we watched it on an overhead camera setup. After seeing this dissection of the current rule set, I was about to join in the polite round of applause the we pinballers give to players who drop bombs like his impressive 55.9 Million point effort. However, I was too disappointed in the rule set to put my hands together.

Avengers hasn’t marred the tournament, though. I am glad to meet many of the people who I know only from Facebook or Twitter, and I look forward to meeting more today. If we meet, let me know your Twitter, especially if you follow me. Sometimes I forget to ask. I guess I just haven’t built up that social networking mentality that bloggers have.

If you are planning to compete today, show up as soon as possible and get right to playing without delay. I’m sure there will be constant flipping from 12:00 Noon until the final countdown at 12:00 Midnight.

Don’t look now, but I think someone else just started “Hawkeye vs. Black Widow” again.