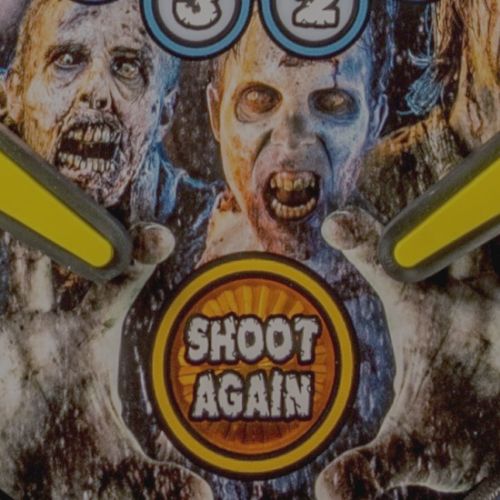 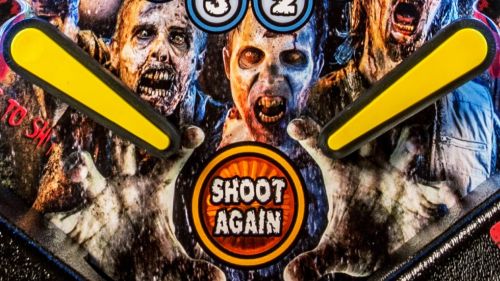 The “media blitz” about The Walking Dead pinball continues. I didn’t realize how many zombie blogs there were out there. Then I remembered that this is the Internet, which means anything is out there. Sometimes two of those things meet, and when they meet, it’s a happy land. Powerful man, Universe Man.

If you’re a pinhead who’s been waiting for a new horror-themed pin for what feels like ages for your personal game room, your local arcade, or barcade (should you be so lucky—if you’re not sure, check Pinball Map), then you’re going to be in heaven (or hell as the case may be). It’s been a long time since so much blood was scattered on a playfield. We approve!

“The Walking Dead” Gets Physical Pinball Machine, and It’s AWESOME

The Limited Edition (LE) version of the game offers unique special effects such as a fish tank with illuminated sculpted zombie heads and a motorized crossbow assembly that allows players to launch the ball anywhere in the game. The LE mirrored back glass with exclusive art adds to the dynamic pinball experience.

Flippers will knock the steel ball around familiar confines and characters from the series, including the prison’s Cell Block C and the bloated well walker from Hershel’s farm.

‘The Walking Dead’ Comes To Life…

You know that you’ve made a mark on popular culture when a pinball game is made about you. AMC’s mega-hit television show The Walking Dead has come to life as a pinball game from Stern Pinball!