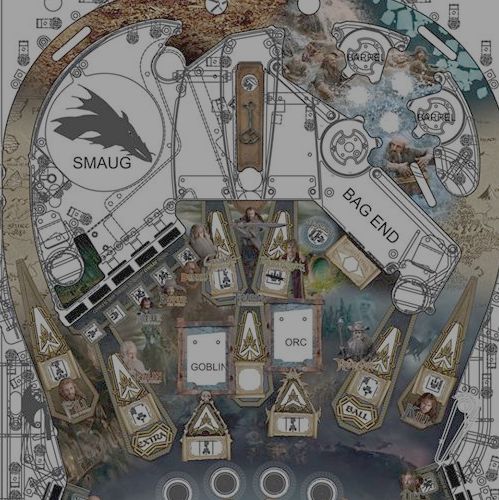 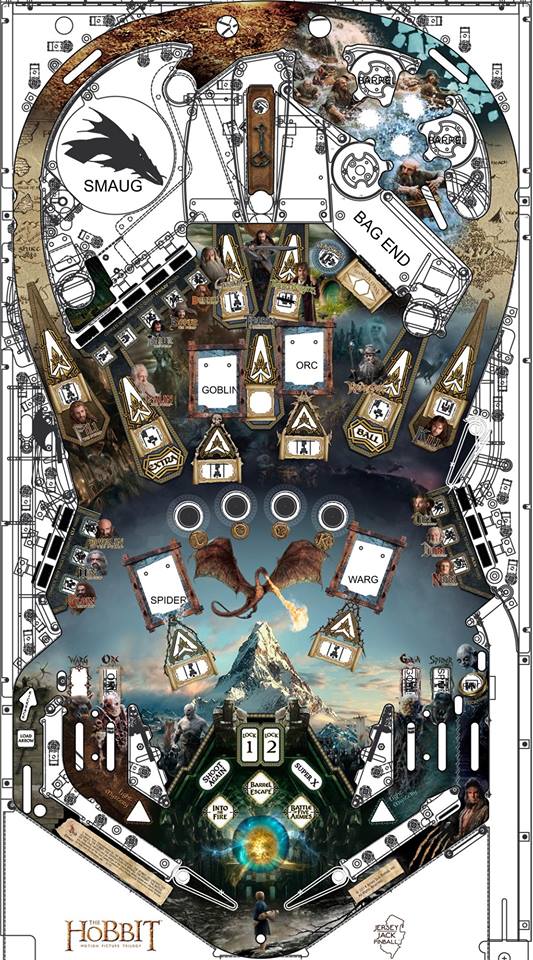 Are you ready for this game? I’m ready. Look at that playfield.

It’s symmetrical, but not totally.

Both left and right double-inlanes.

The SUPER X returns. It was used in WOZ to indicate 2X scoring during the Crystal Ball modes like weak flippers, no hold flippers, lights on/off. Maybe the “Ring” or whatever MacGuffin there is to get in this game will do strange things to the player and enhance scoring.

It looks like your bash target is there. So hit that SMAUG to make good things happen once you get past the drop target bank.

It’s got that third flipper to trap you into using it to hit the five bank of drop targets. You know that’s a trap designed to drain you. I wonder what else it can do. Maybe some sneaky combo shots on SMAUG after a left orbit shot.

A possible skill shot into that behind-the-SMAUG, locked ball  area that sort of like a reverse Rudy’s Hideout? (FunHouse)

FOUR Medieval Madness troll-like elements. At least that’s what I hope they are. They couldn’t be trap doors like Theatre of Magic could they? Plus, they are strategically placed to possibly block the path of some shots. Just like annoying little troll targets should do.

That goblin ramp and orc ramp look like they could lead the ball back to the player on habitrails so you can get those combos going. Or maybe they have diverters so that the ball could go behind them sometimes.

I am not a big art guy when it comes to pinball, and I realize the game is going to be as dark as a standard first person shooter video game. However, even I can try to imagine how impressive this wide-body could look. Especially with the color contrast if you place it next to the technicolor Wizard of Oz game. DAT SMAUG in the middle is a tad cheesy though.

Thank SMAUG there’s no giant gaping left outlane abyss like on Wizard of Oz. (I still like WOZ, though.)